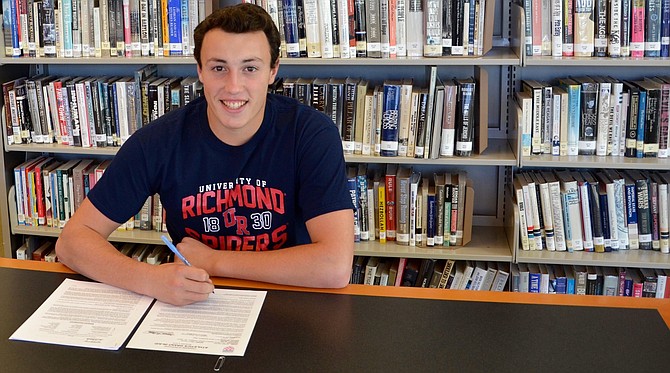 McLean — Joe Nardini, a senior at The Potomac School, has signed his national letter of intent to play Division I tennis for the University of Richmond.

Nardini is a four-year member of Potomac’s varsity team and served as a team captain last year. In both his sophomore and junior years, he was named to the All-State First Team and received Washington Post All-Met honorable mentions in the sport. During his freshman year, Nardini was selected for the All-State Second Team. He has received All-MAC honors for the past three years and looks forward to his senior season at Potomac this spring.

Nardini cites Richmond coach Ben Johnson as positively influencing his decision to attend the university. He notes, “I am interested in majoring in business, and Richmond has great programs in that area. Plus, when I visited the campus and met the tennis team, I saw that they are super dedicated, great guys. I feel like I will be part of a family there.”