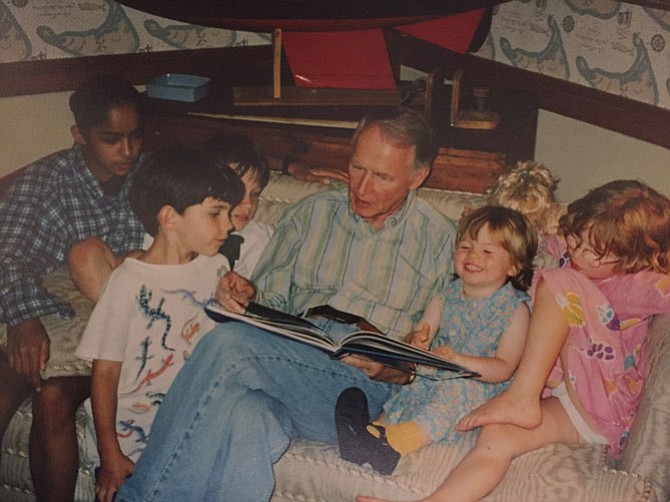 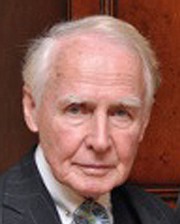 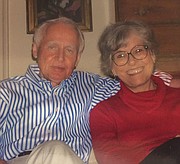 Stew and Loti Dunn were married in 1978. 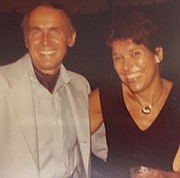 Stew and Loti Dunn in the early years of their marriage.

Stew Dunn was known for many things, primarily his commitment to civil liberties and a passion for the City of Alexandria. But not long ago he made a revelation that took even his son Chris by surprise.

“Dad only just recently told me that he played competitive golf with Arnold Palmer,” Chris Dunn said. “I knew he grew up in the same area as Palmer but had no idea he was such an avid golfer in his younger days. That was a side of Dad not many people knew.”

The Stew Dunn most people knew was a fierce supporter of civil rights, devoting decades of his life to defending civil liberties while actively engaging in a range of civic activities. On Sept. 27, the longest serving board member of the American Civil Liberties Union of Virginia died of complications from a heart procedure. He was 87.

“Stew was involved in many things in the community,” said Tom Hulfish, former chair of the Board of Architectural Review. “He was such an interesting man and always had such great ideas. He added a unique richness to every Planning Commission docket.”

Dunn’s expertise covered most areas of tax law and in recent years became a nationally recognized expert on trusts and estates. Between 1970 and 1973 he served as vice-chair of the American Bar Association’s Section on Taxation. He was a member of the American Bar Foundation, the American Law Institute, the American College of Tax Counsel and the American College of Trust and Estate Counsel. He served as a member of the United States Committee on the Selection of Federal Judicial Officers in 1977-1979 and as the chair from 1979 to 1981. He taught for a semester at Harvard Law School and at the Georgetown University Law Center.

But it was his work with the ACLU that fueled his passion.

“What people in Alexandria saw of Dad reflects what he was really about,” Chris Dunn said. “He was a family guy that was passionate about civic affairs, politics and local issues. They may not be fun topics but free speech rights and civil liberties are what got him excited and kept him going throughout his life.”

From 1988 until 1996 and then from 2000 to 2005, he served on the national board of directors of the American Civil Liberties Union. Dunn provided significant financial support to all three organizations, including through a foundation he created and funded to honor his son Tony, who died in a car accident in 1980.

“Stew Dunn was a giant of a man,” said John Bordner, who worked with Dunn on the Waterfront Commission. “His intellect, accomplishments and presence could easily intimidate, but his character and warmth brought him back to a human scale, which always assured you that you were with a true friend.”

Dunn moved to the Washington, D.C. area in the 1950s and he and his wife, Loti, moved to Alexandria in 1980. Dunn was predeceased by his first wife, Martha Jay Hoolver, son Tony and siblings Thomas, Elizabeth, James and Jonathan. He is survived by his wife, Loti, and five children: Chris Dunn (Leyla Vural), Tim Dunn (Ellen Stofan), Rhett Savage and Eliza Savage. He also leaves behind six grandchildren.

“Stew was always the most eloquent and of course the best dressed one in any room,” Bordner added. “But it was his genuine kindness that drew you in and made you a fan. He epitomizes the gentleman all men should strive to be.”

A memorial service will take place in Old Town later this month. In lieu of flowers, donations may be made to the Scholarship Fund of Alexandria, 3330 King St., Alexandria, VA, 22302.