Discussing the Election with Children
Votes

Discussing the Election with Children 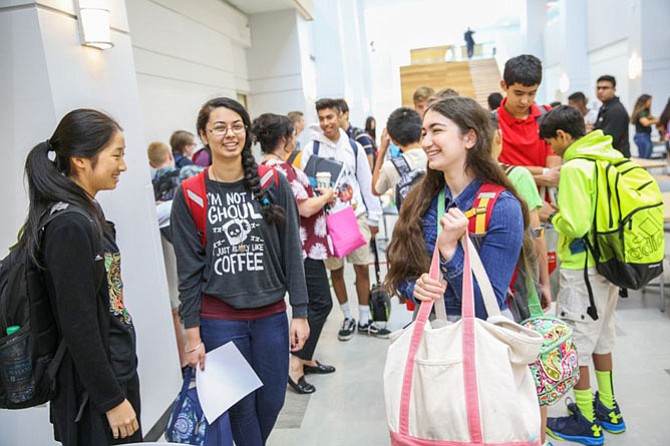 While Colleen K. Vesely has watched televised debates and political events with her children throughout this election season, an event during which the American Civil Rights movement was discussed stands out. It was a concept her 3-year-old daughter didn’t grasp, of course. But Vesely used the moment as opportunity to start guiding her children through this year’s election season.

“I asked her to think about what she might do if someone at school was being mean to one of her friends, to which, she promptly replied, ‘I’d tell them to stop being mean and that I don’t like it,’” said Vesely, an assistant professor of early childhood education and human development and family science at George Mason University. “Elections offer opportunities to consider the importance of service and standing up for democratic principles. … However, the tone of this general election season is different.”

Still, Vesely and other educators say that while election cycles typically offer families a multitude of opportunities for conversations about civics and discussions of democracy, navigating the current political climate requires added dexterity.

Use the election season to facilitate conversations in a way that is relatable to children based on their age and experiences, advises Vesely. “By … discussing the different issues … parents with school-age and older children can use the election season as an opportunity to expand their children’s thinking in relation to current social issues and history,” she said. “Parents can use the election as fodder to hone their children’s critical thinking skills with real-life issues by helping them critique candidates’ opinions” as well as “understand different points of view on a variety of issues and develop their persuasive arguments.” This is an exercise Vesely has used with her own children.

“During primary season, my 6-year-old and I watched a number of the candidates’ speeches,” she said. “We talked about the issues and each person as a human being. … I offered reasons as to why I admired (some of) the candidates.”

Focusing on citizenship and character is a strategy Vesely advises parents to use with children who are preschool-age and younger: “Parents might discuss what it means to be a good citizen in their home,” she said. “For example, helping put away their toys when they are done playing, being nice to their classmates, helping their friends and teacher.”

Similarly, local schools are developing creative ways to fit the Nov. 8 election into their lesson plans. For example, “since students are only in middle school for one presidential election, Norwood School takes advantage of this opportunity to help students begin to understand how to go about comparing candidates’ positions on basic issues, and also to help them understand how the presidential election process works,” said Michele Claeys, associate head of school and head of middle school, Norwood School in Potomac, Md.

To help students learn to understand issues and evaluate and compare candidates, teachers work together to create age-appropriate mini-lessons about candidates’ positions on a small number of issues. “Students will explore and discuss — not debate — the issues, and learn how to find additional information on their own if they are interested,” said Claeys.

On Election Day, middle school students will participate in a mock election designed to help them understand how the electoral process works. They will be divided into groups of different sizes with different numbers of electoral votes, representing each of the 50 states. “After both the real and mock elections, teachers will use the results to illustrate how the process works,” said Claeys. “Throughout these lessons, our emphasis will be on respectful dialogue and consideration of multiple perspectives and experiences.”

Educators at BASIS Independent School in McLean are teaching students about the political process by linking it to the selection of the school’s mascot. By allowing students to choose a symbol to represent the school, teachers hope to initiate a broad conversation about awareness, empathy and other values.

“Especially for our younger students, conversations about how a mascot represents the qualities and values of our school serves as a good metaphor for the more serious representation in political contexts,” said Sean Aiken, head of school. “Some students prefer traditional mascots to give our school a sense of familiarity and camaraderie. Some want less common mascots to set us apart from other schools and celebrate our individuality.”

The lesson will involve the entire student body. “We ask our older students to generate ideas that take even our youngest 3-year-olds into account so we can unite as a whole school and not just play to specific 'special interests,” said Aiken.

“The exercise serves as an impetus for posing thought-provoking questions to the students,” says Aiken. “Should we identify ourselves as humorous, serious, fierce?” he asks. “What will happen if the greater numbers of students in the middle school prefer a mascot that the much smaller number of sophomores do not prefer? Should we use some sort of delegate system or stick with popular vote? How will we feel if our top choice for mascot ultimately is not selected, and what is the appropriate response to that feeling? Does our choice of mascot represent not just our current community but those who will join us in the future?”

The activities, says Aiken, open the door for conversations about fairness and frustration in ways that are meaningful and age appropriate, and that can be put into the context of the current election season. “While our situation as a brand-new school is somewhat unique, the idea of mascot representation weaves through our whole society and could certainly be used to frame a conversation between students and their families about tone, identity and cooperation,” he said.

Parents should also be aware of the ways the election is affecting their own emotional states and thus their families. “As I watch the presidential debates and continue to read the media coverage of the election, I find myself in an agitated and anxious emotional state,” said Vesely. “This heightened emotional state with feelings of stress and agitation can spill over into family relationships, leaving us less present and sensitive in our interactions with our children and partners.”

Choose the information children are exposed to thoughtfully and be prepared for questions, say experts. “The 2016 general election season [has been] described by some as dark and more negative than any of the recent past elections,” Vesely said. “We want to encourage our children’s participation in the political process, but … it can sometimes be ugly and hurtful.”

Shielding children, says Vesely, doesn’t mean ignoring negativity entirely, however. “Parents should be prepared to talk through what children might hear from other children on the playground or at school,” she said. “Parents ought to pay attention to … their children’s emotional states … especially after viewing or discussing election-related media. As parents, we can look for teachable moments in which we might express notions of treating others how [we] want to be treated.”