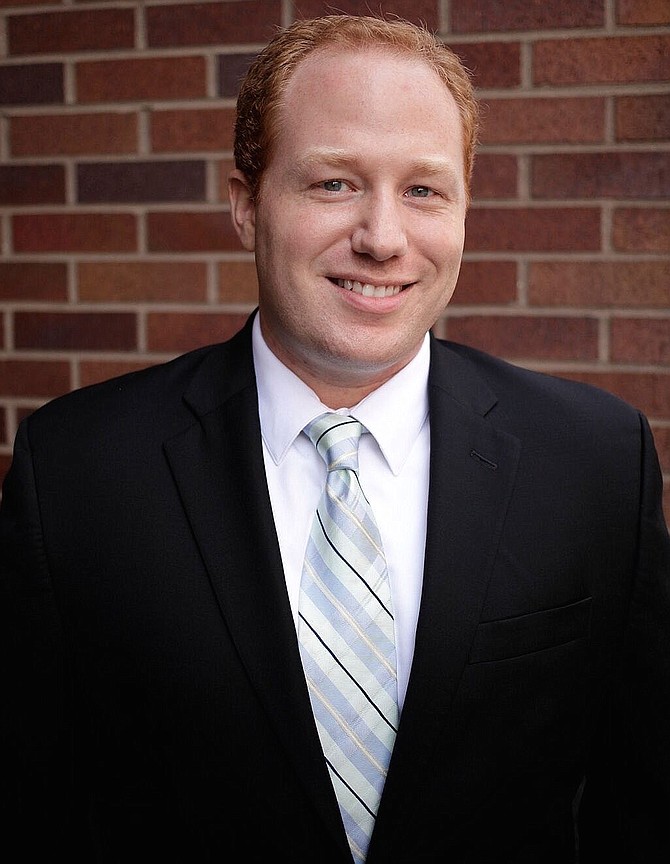 Fairfax — The City of Fairfax is proud of its historic downtown, but it’s also looking toward the future. So the City Council has now established a citywide Technology Zone.

The goal is to provide real incentives for technology businesses to locate here. It enables qualifying businesses to have a reduction or suspension of City business license (BPOL) taxes for five years.

“It’s the first step in being able to attract the type of businesses we want here and to proactively shape the future of the City we want to see,” said Economic Development Director Chris Bruno. “Anything the Economic Development Office does must be able to create good jobs, stronger businesses and contribute to a robust City economy. And doing so increases the prosperity of Fairfax City residents and, therefore, their quality of life.”

During a City Council work session in June, Economic Development Authority Board Co-Chair Fred Cornett said a Technology Zone would “create higher-income jobs in the City and increase our tech base. Most businesses look at our Website before contacting the mayor or city manager, so they’ve already vetted us.”

Furthermore, he said, “Most cities of our size in Northern Virginia have Technology Zones – there are 40 total in the commonwealth. So to level the playing field, it would be beneficial to us to have a Technology Zone Ordinance to at least have what everybody else has in their tool kit.”

Cornett said it could also be used to retain existing tech businesses in the City and could be promoted through the City Website and brochures, the (George) Mason Enterprise Center and at various conferences.

Following a Sept. 27 public hearing, the City Council unanimously adopted the ordinance. Councilman Michael DeMarco said they should see “how successful this program has been in other jurisdictions.” And he asked Bruno to see about having some commitment to keep the new tech businesses in the City after the five-year, incentive period is up.

ACCORDING TO THE ORDINANCE, businesses qualifying for the BPOL-tax breaks would be those deriving “a reasonable accounting of their income from the design, development, manufacture or other creation, for lease, sale or license of technology-based products, processes or related services.”

Such businesses would receive a BPOL exemption as follows: Year one, 100 percent; year two, 80 percent; year three, 60 percent, year 4, 40 percent; and year 5, 20 percent. However, the financial benefit of stimulating business in the City is expected to exceed the loss of BPOL tax income. Eligible businesses would also enter into a performance agreement with the City requiring a minimum investment in the City and/or a commitment to create a certain number of jobs.

“We’re developing a list of these businesses now, and it’s extremely flexible,” said Bruno in a recent interview. “We’re looking for businesses that attract bright people so we can take advantage of our extremely educated, potential workforce here. For example, web designers and TV production assistants are businesses that use technology to do their jobs.”

He said they could even share the same workspace, such as a number of small businesses operating within the same facility. And not all the businesses in the building have to be technology firms. But, said Bruno, “They could share the office amenities, plus the same Internet and WiFi capabilities.”

“We have a lot of outdated and obsolete office space in the City,” he said. “But I’m hoping that technology businesses will show interest so we can get the developers to upgrade their facilities.”

“My goal is to create an exciting city with an established sense of place and a more prosperous tax base,” continued Bruno. “If we have an exciting economy making people in their 20s, 30s and 40s want to move here, we can grow and evolve. So these incentive packages help us do that while, at the same time, preserving our city’s historical character.”

APPLICATIONS for this program will be accepted by Jan. 2, 2017. Forms will be posted on the City Website and, starting in December, will be available from the Economic Development Office in City Hall.

Bruno, who became Fairfax’s new economic development director in May, is excited about the potential to grow and diversify the City’s economy. And he has more ideas up his sleeve. “The Technology Zone is one step in my long-range plan,” he said. “And we want this to benefit the entire City.”