The Seussian World of Imagination Brought to Life
Votes

The Seussian World of Imagination Brought to Life

TheatreMclean presents ‘Seussical’ the Musical April 28-30, and May 6-7 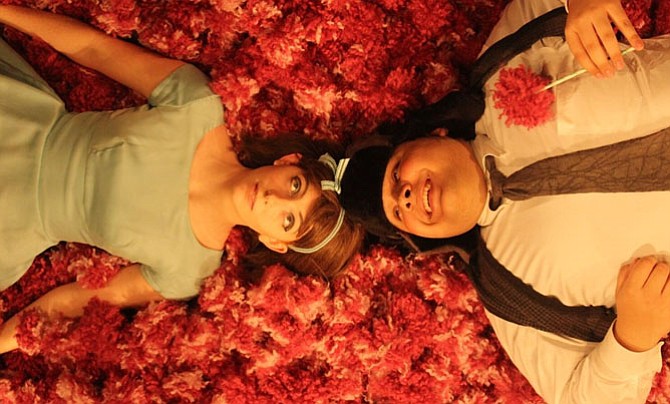 Horton (Alan Thomas) and his loyal friend Gertrude McFuzz (Abby Comey) search for the one special clover out of a whole field full of clover. Photo by Andrew Reid

Mr. and Mrs. Mayor and their child Jojo (Hayden Camp, Anna Kate Womack, and Kylie Coffey) live on the planet of Who, which drifts through space out of their control.

TheatreMcLean presents 'Seussical' April 28-30, May 6 and 7 at McLean High School. 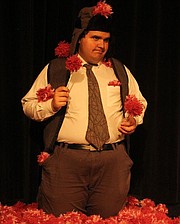 Horton the Elephant (Alan Thomas) will save the tiny Whos.

Favorite Dr. Seuss characters such as the Cat in the Hat (George Stiefel), Thing 1 and Thing 2 (Ruby Larimer and Syd Kirk) come to life in McLean High School's musical "Seussical."

The vibrant worlds of Dr. Seuss’ classic picture books have been cherished by both children and adults alike. If you loved characters such as Horton the Elephant, the Cat in the Hat, and the Sour Kangaroo, Seussical manages to bring them together in a whirl of musical, colorful fun. Written by Tony winners Lynn Ahrens and Stephen Flaherty (Lucky Stiff, My Favorite Year, Once On This Island, Ragtime), Seussical follows Horton in his quest to keep Whoville, a town that rests on a tiny speck of dust upon a clover, out of the claws of the other animals. As Horton repeatedly attempts to do the right thing in the face of adversity, he finds unexpected support from a Who child named Jojo and from the intrepid bird Gertrude McFuzz.

TheatreMcLean director Phillip Reid said, “Horton is not your typical hero. His basic belief in equality – ‘A person’s a person no matter how small’ – is at odds with popular opinion.” When Horton chooses to protect the Whos, he faces taunts from other jungle animals who refuse to believe in what they cannot see. They steal his clover, setting in motion Horton’s journey to rescue the citizens of Whoville. Along the way, his sense of responsibility leads him to become the inadvertent caretaker of an abandoned egg. His steadfast friend Gertrude McFuzz learns a lesson in self-esteem, and provides help in the nick of time. Reid said, “Ultimately, Seussical is about the triumph of persistence, friendship, and imagination.”

This fast-paced, 105-minute show (including intermission) is filled with singing, dancing, silly characters, and colorful costumes. Beloved songs from the musical include, “Oh, the Thinks You Can Think!” “It’s Possible,” “Alone in the Universe,” “Monkey Around,” “Amazing Mayzie,” ‘Solla Sollew,” and “All For You.” Fun for children and adults of all ages, TheatreMcLean’s Seussical is the perfect way to introduce young audiences to the joys of live theatre, while older theatre-goers can re-acquaint themselves with the wonderful world of Dr. Seuss.

“Seussical” Theatre for Young Audiences Version is presented through special arrangement with MTI.