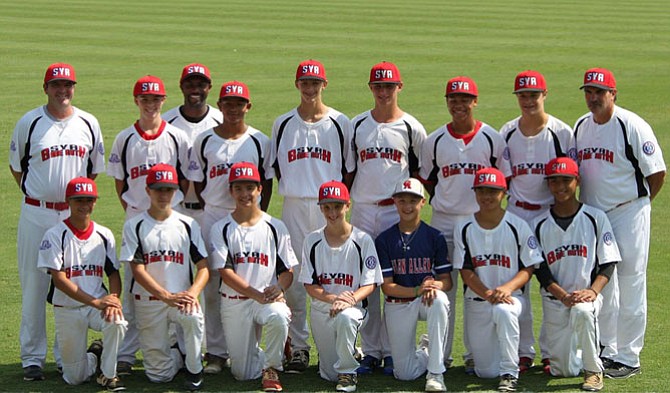 SYA was one of 10 teams worldwide to quality for the 14 Year Old Babe Ruth World Series.

During the World Series, the SYA 14 Year Old Team went 4-0 in Pool Play:

As one of two top seeds, SYA earned a first round bye and then lost in the Semifinals to West Linn, Oregon (Northwest Regional Champions) 4-3.

“Managing this team was easy,” said manager Dane Charneco. “It was a tremendous group of kids, dedicated assistants, and supportive parents that made this special summer possible. Everyone bought in and believed in the process. The boys were outstanding teammates and all contributed greatly to our overall team success. They worked hard all summer, willingly incorporated feedback, and consequently our team was able to make huge improvements in a relatively short period of time. We are proud of the manner in which the boys carried themselves; they are tough, smart, talented players who played exceptionally hard for one another. Although we were young and undersized compared to many of the teams we faced throughout All-Stars, the boys certainly proved that they could compete at an extremely high level against some of the best players and teams in the country.”