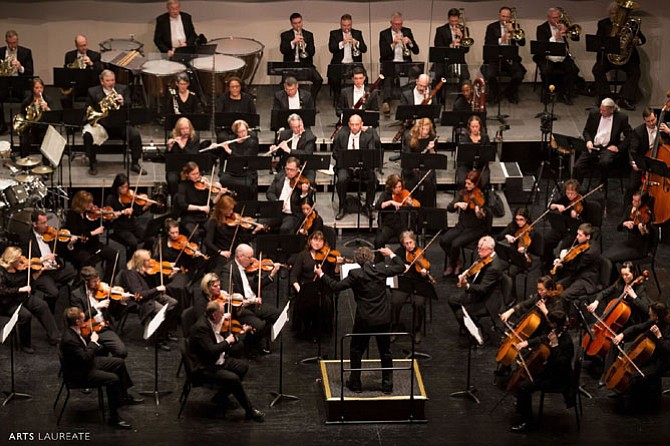 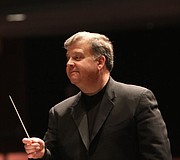 Photo by Stan Engelbreton/Courtesy of the artist

Major events to commemorate the 275th anniversary of Fairfax County’s founding continue; this time musically from the county’s own Fairfax Symphony Orchestra (FSO). Opening its new season and celebrating its own 60th anniversary, the FSO, under the musical direction of Christopher Zimmerman, will premiere a Fairfax-specific work by Mark Camphouse titled “Resolutions.”

Audiences attending the special evening will also experience a performance of Elgar’s Cello Concerto by renowned Israeli cellist Amit Peled. For his performance, Peled will share the sound of the historic cello of Pablo Casals playing the rare, 1733 Goffriler given to him from Maestro Casals’ widow.

“We are delighted to open our season with the world premiere of Mark Camphouse’s new work in celebration of Fairfax County’s anniversary,” said Jonathan Kerr, Executive Director, FSO. “Camphouse showcases the County's past, present, and future through a moving new musical composition. It reflects the County's poignant history, powerful progression, and immense achievements.

“It is a joy to play a role in helping to commemorate the 275th anniversary of Fairfax County’s rich history, phenomenal growth and notable achievements and, most importantly, its vibrant and exciting future,” said Camphouse, a Professor of Music, George Mason University.

In an interview, Camphouse spoke not only of his new orchestral composition, but also about his avid interest in history. That interest led him to title the “Resolutions.” He wants his work to “take audiences on a journey through time and honors a varied, resolute, powerful, and celebratory Fairfax County.”

Camphouse noted that George Mason, an American patriot, Fairfax County resident and friend of George Washington, penned the “Fairfax Resolves.” The “Resolves” were key to the early history of Fairfax County, to the Commonwealth of Virginia and the founding of the United States. The “Resolves” included political arguments and resolutions on issues such as no taxation without representation.

In a wide-ranging interview with the FSO’s Kerr, on significance of the arts in today’s world, Kerr noted that the arts are critical to society. “They help us understand ourselves and each other.” He went on to say that “as our County and our nation become increasingly diverse, the arts provide a universal language. No matter our age, ethnicity, or gender…the arts unite us.”