Once and Future Office in Alexandria
Votes

Once and Future Office in Alexandria

The past, present, and future of the Office of Historic Alexandria 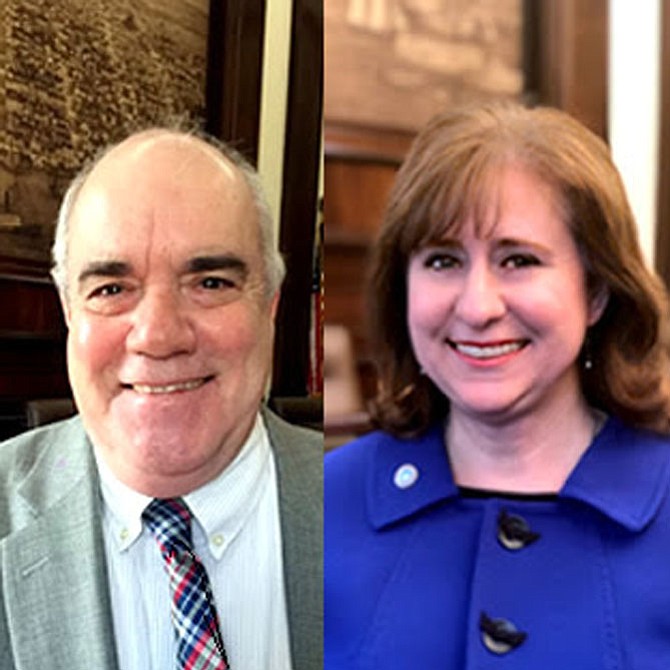 History isn’t a static thing in Alexandria. It is a living, breathing thing. For the past 10 years, J. Lance Mallamo has been the director of the Office of Historic Alexandria (OHA); guiding the city’s historical preservation and interpretation through numerous discoveries, acquisitions and exhibits. On Nov. 30, Mallamo retired. As he departs and deputy director Gretchen Bulova steps in as acting director, the organization is transitioning from older projects into a wave of new challenges and opportunities.

Mallamo came to OHA after 30 years as a historian in New York. At the time, Mallamo said the biggest priority was pursuing museum accreditation for four of the Alexandria’s seven museums. The Fort Ward Museum, Gadsby’s Tavern, and the Lyceum were all accredited as individual museums, but the Black History Museum, the Friendship Firehouse Museum, the Stabler Leadbeater Apothecary Museum, and the Archeology Museum were not. By 2012, all museums in Alexandria were accredited by the American Association of Museums.

“Before, we had individual museums, but now it’s a museum system,” said Mallamo. “There are only eight museum systems operated by municipal governments in the United States. Accreditation affirms to the community that you meet highest standards and best practices. It shows the public that you maintain your collections and policies.”

During his time at OHA, Mallamo said some of the office’s most important work was on the Contraband and Freedmen's Memorial at 1001 S. Washington St. During the Civil War, Union-occupied Alexandria became a safe haven for black Americans escaping slavery. Many were housed in barracks and lived in poor conditions, leading to disease that killed many of those who had survived dangerous escapes to the north. A plot of land across from the Catholic cemetery was converted into a cemetery for contrabands and freedmen. The site was used as a burial ground from 1864 to 1869, but over time the above ground visibility of the graves was eroded and by 1955 a gas station was built on top of the site. As construction was beginning on the Woodrow Wilson Bridge, the cemetery was rediscovered and OHA led the effort to find and identify the graves.

“It was a sacred, hallowed ground developed into gas station,” said Mallamo. “This was correcting a historic indignity. It was putting that back, front and center, and giving dignity to the people buried there.”

Work with the city’s cemeteries was a major part of Mallamo’s job with OHA. At Fort Ward, Mallamo said the office had a team of archeologists working for three years to identify 49 graves on-site and research the history of the local African American community.

“We’ve always been doing something great,” said Mallamo. “I’ve been working with a fantastic team whose greatest regret is that there are only 24 hours in the day, because we want to do so much. We’ve been serving the community of Alexandria where people are so excited about their local history, where they challenge us every day to maintain a high level of service.”

One of the latest big adventures for OHA was the discovery of the ship buried in Old Town. The intact bottom hull of a scuttled 18th century ship was uncovered in January 2016. Since then, the ship has been moved to the Texas A&M University’s Conservation Research Lab for study. As Mallamo retires, it’s also one of the big challenges he hands off to Bulova.

“We have a lot on our plate,” said Bulova. “The ship that was discovered two Christmas’s ago, that’s out for conservation, needs a home to come back to.”

Bulova has been working in OHA since 1991 and says the office is near and dear to her heart.

“The opportunity to be director is pretty incredible,” said Bulova. “It’s an honor to work for the city. They’re an outstanding model for stewardship of historic properties. We have a very energetic staff that wants to do more and more programs and exhibits.”

As her team meets in January, Bulova said they will be developing their strategic plan for the next five to 10 years. Among the organization’s challenges, Bulova said the city is facing a growing need for off-site storage for historical artifacts. OHA will also begin the process of adapting the Murray-Lee-Fawcett House into a city-owned historic property.

“It’s been lived in since 1772 with minimal alterations,” said Bulova. “It shows the evolution of construction of living in a house; only modified to live in, with no extravagant additions. It’s such a unique structure. Nationwide, this will bring visibility to Alexandria. We’re looking forward to bringing team of architectural historians to study it.”

Bulova said to stay tuned to OHA in January as the team develops plans for the organization's future.