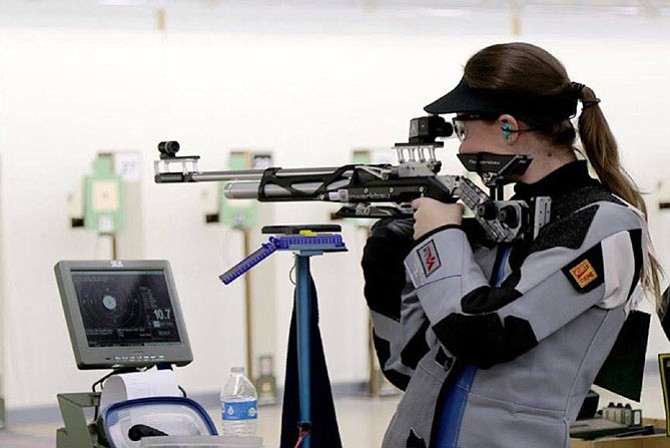 Grayson Wheeler competed among the nation’s top high school marksmen in the 2017 U.S. Army National Junior Air Rifle Championship held in Ft. Benning, Georgia on Jan. 28-29. Grayson, a senior at West Potomac High School, scored 575/600 points in a 60-shot standing competition on Saturday, and 585/600 on Sunday, which qualified for the final round. She finished 13th out of 68 in the overall competition.

Grayson has also qualified to compete in this year's USA Shooting National Junior Olympic Championships held in April in the Olympic Training Center in Colorado Springs for both Smallbore and Precision Air Rifle. Her qualifying scores earned second place for Smallbore and third for Women's Air in the state of Virginia.