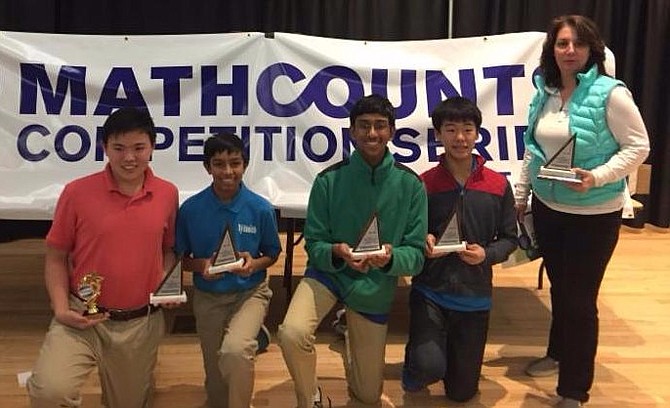 The most recent accomplishments of individual students and student teams from The Nysmith School for the Gifted continue a string of competitive achievements.

Here are a few of the activities/results:

A total of 10 of Nysmith students have advanced to the National History Bee Regional Finals, April 24 in Richmond, where the top middle schoolers in the region compete head-to-head answering questions split evenly between United States and non-U.S. history. Coached by Philip Baselice of Fairfax, the team includes:

The Nysmith “MATHCOUNTS” team finished second in its Chapter last weekend and will be participating in the Virginia State event on April 4 in Glen Allen, Va. MATHCOUNTS is a national middle school competitive program that promotes mathematics achievement through a series of engaging “bee-style” events. The Nysmith team is coached by JoMarie Broccoli of Herndon and the advancing students include: