Council approves where each identifier will be used. 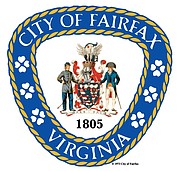 The official City seal will still be used. 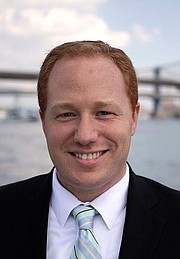 Now that Fairfax has decided to go forward with two logos for the City, it has also determined when to use the official seal and when the new, more modern logo will be applied. The City seal will be designated for official, legal and governmental purposes, while the sleek new one is earmarked for promoting and advertising the City.

City Council gave the go-ahead during its work session last Tuesday, Feb. 14. First, though, it discussed the matter at its Jan. 3 work session.

IN JANUARY, City Manager Bob Sisson told the Council, “We should think specifically about which signage, buildings and City equipment should have the new logo mark on them.” However, he added, “All public-safety signs would stay the same, as would City Hall signs.”

“I’m a traditionalist with regard to the City seal, and I don’t know whether we should have a new, stylized logo on City signs, and the City seal on City vehicles,” said Sisson. “So Council needs to provide some additional clarity on this, going forward.”

“It’s important for us to have a consistent brand when marketing the City,” said Councilwoman Ellie Schmidt. “I’m a traditionalist, too, but I think it’s worth giving the new logo a try.”

Sisson said one of the first things Fairfax should determine is what name to have on the city-limit sign on the entrance to the City. “Is it City of Fairfax or Fairfax City?” he asked.

Councilman Michael DeMarco wondered if calling the City by two names would create conflict, from a branding perspective. But Bruno said it hasn’t done so in other jurisdictions doing the same thing.

“We started this discussion because we were inconsistent with different signs in different places,” said Councilman Jeff Greenfield. “But I’m not comfortable changing everything, and I’m not ashamed that we’re the City of Fairfax. And it would have an economic impact and cost a lot of money to change [all] the signs.”

Then-Councilman David Meyer said he, too, preferred City of Fairfax, and he wasn’t completely clear how have a new logo would make the City more marketable. And Councilwoman Janice Miller said, “Maybe big-ticket items, like City signs, shouldn’t change.”

“We need consistency, but I’m OK with a duality, using each name for specific purposes – one, official, and one, for marketing,” said DeMarco. “We should move forward with some kind of place branding for the City of Fairfax. A lot of people outside the City limits don’t know where the City begins and ends. If we don’t do something more than a logo or tagline, then we’ll lose that identity. It’ll help us stay competitive in the marketplace.”

Previously, the Council chose “Live Life Connected” as the City’s slogan, and DeMarco said Fairfax could use it to develop marketing strategies. “We need strong brand guidelines, a plan and a timeline, and we should know the costs,” he said. “So I think we should move forward with it, if we’re serious about marketing the City.” Miller said she favors the new logo with City of Fairfax in the middle and the slogan underneath.

Then-Mayor Steve Stombres said he likes saying, “City of Fairfax,” but acknowledged that people say “Fairfax City” in common usage. And while noting that he likes the City’s seal and its history, he said he also likes the new logo’s “three-dimensional, blue border. It appeals to me, and I think it does to the younger generation in Fairfax.”

He also said the entrance signs should read City of Fairfax because “It tends to differentiate us from the county.” But he was fine with using the new logo to promote the City and recommended City staff develop a pamphlet detailing exactly where to use the seal and where to use the logo. Bruno said the consultant also created a guide dealing with this matter.

Sisson said he’d re-look at these elements with Bruno and with Parks and Recreation Director Cathy Salgado, make changes and bring them back to the Council soon, which he did on Feb. 14. At the outset, Bruno said they were presenting the final draft of the brand-use guidelines, along with instructions on how to use the promotional logo and when to use the official City seal.

He also stressed to the Council that there’s no proposal to legally change the name of the City. For official government functions and business, City of Fairfax will still be used. “The new logo would be used for friendlier, more informal and promotional uses,” said Bruno. “I want your input whether we should go forward with both seals or just one.”

“None of the City signs have the City seal on them now,” said Schmidt. “Does this mean that, as they’re replaced, the City seal would be placed on them?” Sisson answered affirmatively, and Schmidt replied, “As long as we’re consistent as to how we apply the usage, I’m fine having two seals.”

DeMarco preferred that the parks bear the promotional logo, adding, “We need promotional activities and a marketing program to help us market the City. If we’re serious about drawing in new businesses, we need to commit to more resources and a marketing campaign to ensure success.” He then suggested discussing it further at a retreat, and Miller said the Economic Development Authority should be included.

Agreeing, Schmidt said, “We’ve talked about branding a lot, and I think we should move on.” As mayor, Meyer then told Bruno to go forward “with this portion of the branding initiative.”