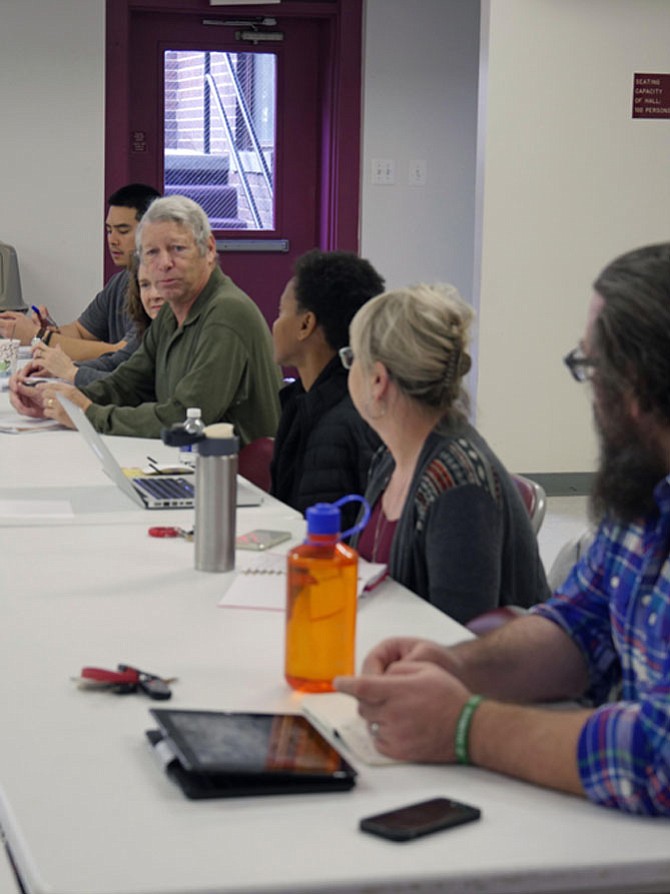 Hunger Free Alexandria’s January monthly meeting focused on progress in the fight against hunger since the release of the report in 2014 “Toward an End to Hunger in Alexandria.” But they agree there is much to be done and set priorities for the year ahead.

The monthly meeting of Hunger Free Alexandria focused on the accomplishments since the release of the report “Toward an End to Hunger in Alexandria” which was released in 2014. The report indicated “Alexandria is one of the wealthiest communities in the nation; however, the report estimates that as many as one in five Alexandrians, disproportionately children, are living in households struggling to make ends meet.”

Melanie Gray, director of Outreach and Mission for Historic Christ's Church said, "You can tick off the things that have been accomplished."

Allen Lomax who was chairing the January meeting said, "Where do we go next? Melanie mentioned there are some things missing in the report. What are the priorities moving forward? A lot has been done but there is a lot to do."

Gray suggested the number one priority should be moving forward on the inclement weather plan. Lomax said, "We are very close but we need to finish the plan." Gray says the proposal calls for using three centers where people could come and get food ahead of the expected weather "since we usually have information 72 hours ahead of time." The plan has been submitted to the city but approval needs to come from the three sites before they can move forward.

Lomax suggested that the city budget is about to be released. He urged the members of Hunger Free to take three minutes at the upcoming budget meeting or to contact the council about the need for resources to combat hunger. "Resources are scarce so we need to put in our voice," he said.

Other issues raised revolved around coordination of churches that provide meals, donation of food, transportation to the meals and assuring healthy foods are available. Phyllis L. Johnson, volunteer coordinator from St. Joseph's Catholic Church, reported that the food pantry that opened at Church of the Resurrection on Beauregard Street in October had served 555 — 141 since Jan. 1. This was the first food pantry to open in the West End. She said, "Volunteers are loving it. And people only take what they need."

Matthew Dela Cuesta added that the family market opened in September at William Ramsay Elementary School was the first National Capital Food Bank family market program to open in the Alexandria area. Once a month they deliver fresh produce and vegetables to about 200 families of students who attend Ramsey. Each family takes home 30-40 pounds of food.

Johnson said, "We need to figure out how to get lists of what kind of food people want in different areas. For instance at the West End pantry "they like dried lentils, fish and chicken but not red meat so much. They are concerned about their health. You shouldn't just donate something because you have it on the shelf."

Diane L. Charles, executive director of ALIVE!, reported that they are currently assessing the inconsistent number of families participating in the last Saturday event where the families are provided with five days of food. There can be up to 600 families who receive the service. One of the theories is that families working two jobs and with small children have transportation challenges and may not be able to get there. "Are there congregations that have vans; does the city have resources? It is a broad issue moving forward. We need a little more data collection. "

Brandi Yee, representing Alexandria Community Trust (ACT), raised the issue of an education and awareness campaign — “what would it look like?"

Yee also alerted the group to "Spring2ACTion," an online fundraising event scheduled for April 5. She said, "It is sponsored by ACT and the funds will go to needs that may come up for the 150 organizations that serve Alexandria.”