“The Magic Marksman” from Virginia Opera at Fairfax’s Center for the Arts. 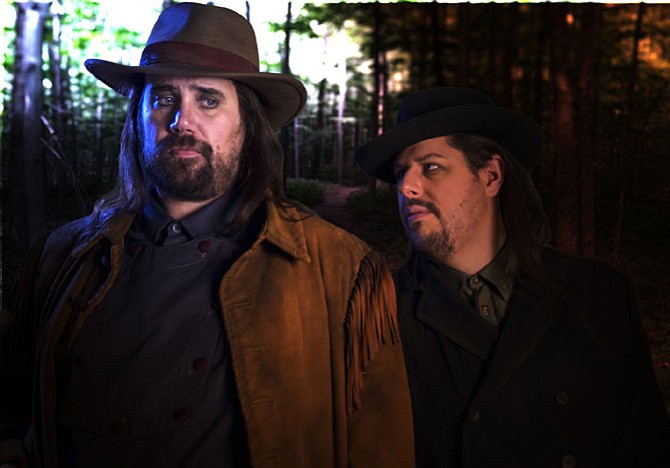 Fairfax — “It’s a suspenseful thriller, with passionate romance and the struggle between good and evil.” That is how Adam Turner, principal conductor, Virginia Opera, described “The Magic Marksman,” the Opera’s next offering at the Center for the Arts.

“It’s basically a story of “boy loves girl, girl loves boy, but boy must win shooting competition to win the girl, but because of his recent bad luck he decides to bargain with the Devil, in exchange for a perfect shot…” Turner added.

With a haunting score by Carl Maria von Weber, the “The Magic Marksman” (Der Freischütz) is “a highly entertaining opera, full of spooky, suspenseful, supernatural elements, with the central theme of a man’s passionate struggle,” said Turner. “It has a ‘Legend of Sleepy Hollow’-like mood to it.”

The von Weber’s score is dramatic, suspenseful, and colorful. “Our audiences will be chilled to the bone by Weber’s unique orchestration.” Weber paved the way for composers of the European Romantic Era.

To make the opera even more accessible to audience members, the opera will be sung in English. The Virginia Opera commissioned a new English translation courtesy of “The Magic Marksman” director Stephen Lawless and writing partner Dan Dooner. “It has a stylistic approach mirroring that of 19th-century American author Washington Irving.” said Turner.

The Center for the Arts pre-show “Opera UpClose” discussion will be once again led by Dr. Glenn Winters. “I tailor my discussions to illustrate that opera composers can employ all the same literary devices used by novelists: point of view, foreshadowing, symbolism and so forth. I also enjoy pointing out how operatic music can reveal psychology of the characters or serve as a mirror of the society and era in which it was created.”

Winters noted that in its own way “The Magic Marksman” could be seen as the great-grandfather of “Star Wars Episode IV: The Empire Strikes Back” with Luke Skywalker, Yoda and Darth Vader. He will explain that in his up-coming preshow chat.

“The Magic Marksman” may be a less well known opera, but Turner made clear that with its reality twists, forays into the supernatural and lush dramatic music, it will mesmerize.