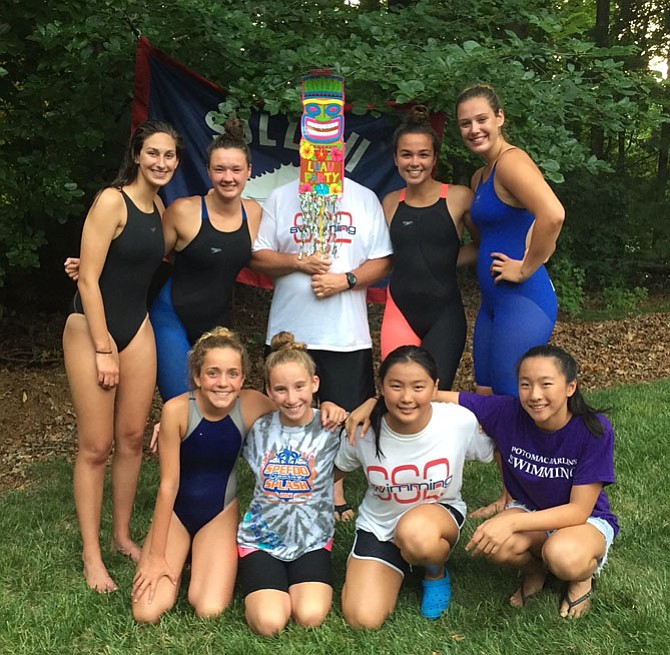 The Sully Station II Piranhas enjoyed a busy week beginning with their final B meet of the season on Monday, July 10 followed by the Relay Carnival two days later. The 15-18 girls squad of Carly Logan, Georgia Stamper, Delaney Kennedy and Karenna Hall led the way with dominating wins by over 8 seconds in the medley and more than 4 seconds in the freestyle relay. The 11-12 girls combined the talents of Caroline Li, Cecilia Alquinta, Callie Ver Planck, Angela Cai, and Hayley Norris to claim first in the free and second in the medley.

SS2 hosted their first home A meet of the season on Saturday, July 15 against Canterbury Woods. In their most competitive matchup of the season, the Piranhas counted seven double event winners including Jason Li, Caroline Li, Angela Cai, Madison Stalfort, Faith Alston, Delaney Kennedy and Georgia Stamper. Stamper led the sweep of the 15-18 girls breaststroke along with Ally Introne and Hope Alston. The 9-10 boys similarly swept the butterfly with Li, Emerson Saint Germain, and Bryan Kim.

The special week concluded with Family Fun Night, featuring the watermelon races, diving for quarters, and belly flop contest. The Piranhas will host Rolling Forest on Saturday, July 22 for the final A meet of the season where Sully II seniors will be honored.