Citizens encouraged to get involved. 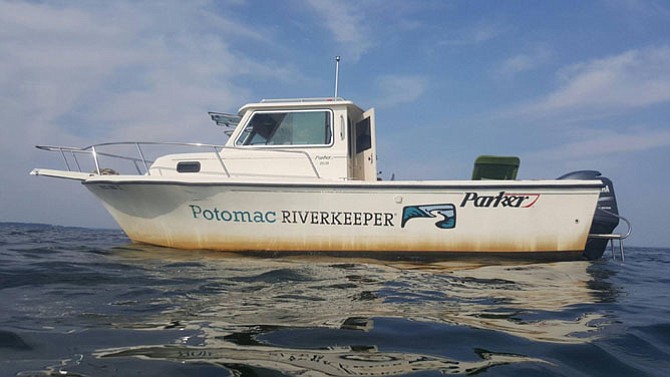 The city’s combined sewer system remediation project is pushing forward, and city officials are encouraging residents to get involved in the planning process.

When it rains, Alexandria’s combined sewer system, which serves about 540 acres of Old Town, allows raw sewage to overflow at four different outfalls around the city — two at Duke Street, which flow into Hooffs Run, one at Royal Street, which flows into Hunting Creek, and one at Pendleton Street at the Oronoco Bay Park. This last outfall is the largest, and flows directly into the Potomac River.

The city originally was solving the overflow problem by addressing one or two outfalls at a time, the goal being to construct tanks or tunnels (or both) to route the wastewater to Alexandria Renew, the city’s water treatment utility. Oronoco Bay would have been the last outfall to be addressed. As a result of recent state legislation, however, the completion of the remediation projects must be finished by 2025; therefore, the city must take on all four outfalls at the same time.

“Since the state law was enacted, we’ve been working very closely with our technical consultants, but the most important part is the community engagement process,” said William Skrabak, deputy director of Infrastructure and Environmental Quality.

Skrabak refers residents to community meeting videos and minutes, and infographics on the Alexandria.gov website about the combined sewer system. “The meetings get into the details,” he said. Skrabak also encourages residents to attend the stakeholder meeting in the fall and voice their comments, questions, and concerns.

“We want to collectively have a public discussion about all of this information,” he said.

In the spring of 2018, the stakeholder group and city staff will make recommendations to the City Council concerning construction plans for the combined sewer system remediation project.

Because of the historic importance of Alexandria, construction in the city must take into consideration archaeological evaluations. “Anytime we’re digging underground, we do an assessment of the site,” said Lance Mallamo, director of the Office of Historic Alexandria. The Office of Historic Alexandria has already been involved in tunnel projects for the two outfalls near Duke Street, which flow into Hooffs Run.

The city had started planning for a tank to capture sewage overflow from the Royal Street outfall, but the new timeline for the project compels Alexandria to revisit that option and to evaluate it in conjunction with the Oronoco Bay outfall. “It may be that a tunnel connects those two areas,” Skrabak said.

According to Skrabak, archaeological work at the construction of a tunnel would focus on shaft locations. This would concern the earth about 30 feet from the surface. If the city were to decide to build a tank, that would provide further opportunity to excavate underground.

“It provides an opportunity to learn,” Skrabak said about these construction projects.

Oronoco Bay is at the heart of Alexandria’s beginnings. In 1732, a tobacco inspection Warehouse was established at the foot of Oronoco Street, where the quality and weight of tobacco exports were assessed. Businessmen and landowners recognized the area’s growing importance as a port, and 17 years later in 1749, they petitioned the House of Burgesses to establish the town of Alexandria.

“We certainly will be involved,” Mallamo said about the coming project in Oronoco.

The renewed surge in planning for Alexandria’s combined sewer system project came soon after the President’s proposal to reduce the EPA’s budget for the coming fiscal year.

According to the Office of Management and Budget, the President’s Budget Blueprint would reduce EPA spending from $8.3 billion in 2017 to $5.7 billion, a 31 percent cut. The budget particularly eliminates funding for regional environmental projects such as the Chesapeake Bay.

The Congressional Budget Plan, reported by the House Budget Committee, also reduces funding for the the EPA, but does not shut the door on the EPA’s “Regional Geographic Initiative Program,” which funds the Chesapeake Bay Program.

The rescindment is not yet official — it may face legal and environmental challenges. Thus it remains uncertain what kinds of creeks, streams or other smaller, less prominent waterways might be stripped of their Clean Water Act protections.

For Alexandrians, the relevance of the federal budget and the revised interpretation of the Clean Water Rule is palpable.

Numerous smaller waterways, like Hunting Creek, the site of one of the raw sewage outfalls, flow into the Potomac River. Pollution of these waterways affects the health of the Potomac.

“Our biggest concern is rollbacks to enforcement” said Dean Naujoks, Potomac Riverkeeper. “When you talk about slashing the EPA, a lot of what you’re talking about is those people who enforce those laws,” he said.

The Potomac Riverkeeper Network identifies sources of pollution in an effort to fix and eliminate pollution in the Potomac. “We provide a voice for the River,” Naujoks said.

According to Naujoks, when tackling a pollution problem, the Potomac Riverkeeper Network may file a 60-day Notice of Intent to Sue in order to inform a municipality or an organization of the gravity of the pollution problem. The Notice also serves to assert the organization’s commitment to fighting pollution. If nothing is done about the pollution within 60 days, the Potomac Riverkeeper Network can file a Clean Water Act case against the polluter.

The citizen provisions in the Clean Water Act give the Potomac Riverkeeper Network the authority to file a Notice of Intent to Sue and to approach cities like Alexandria about pollution. Clean Water Act sections 505(a) through (h) identify what citizens can and cannot do in regard to citizen lawsuits.

“Violations of water standards are important because exposure to sewage makes people sick,” Naujoks said. “The Clean water Act says that if someone violates [the law], citizens can do something about it. This administration threatens these laws that provide for citizen enforcement,” Naujoks said.

Before a Notice of Intent to Sue is filed, the Potomac Riverkeeper Network will approach a polluter to work out a solution. In the case of a municipality that is responsible for polluting the Potomac, the Network may work with both the city and the state agency to ensure that the problem is resolved.

According to Skrabak, two other citizen groups, the Mount Vernon Sierra Club and the Friends of Dyke Marsh, also brought their concerns to Alexandria community meetings to ensure that action would be taken to correct the raw sewage overflow.