Remembering Those Who Gave Their Lives
Votes

Remembering Those Who Gave Their Lives 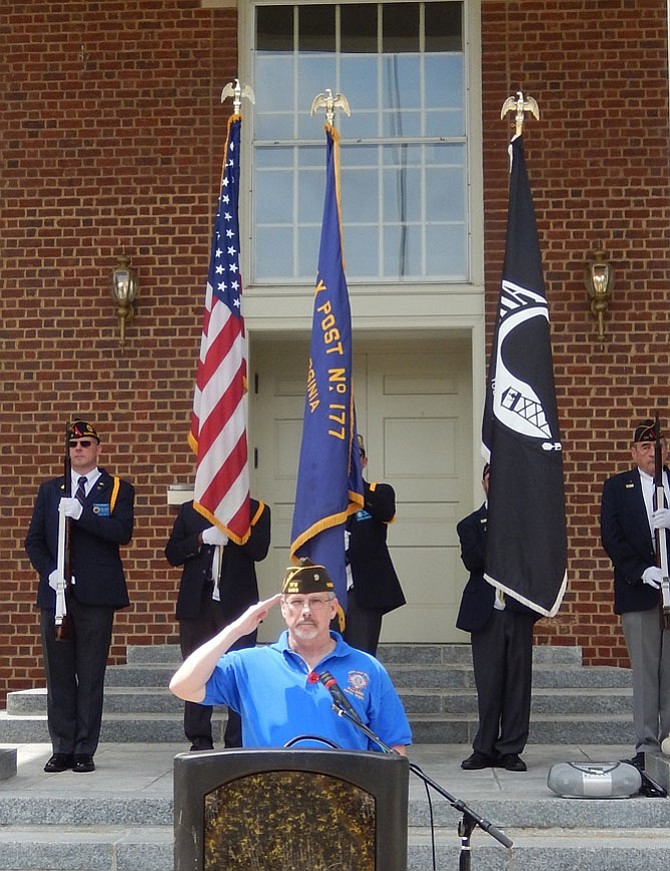 Veteran Mac McCarl salutes at the end of the ceremony. Photo by Bonnie Hobbs. 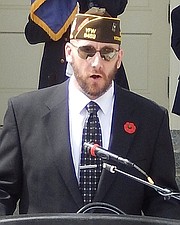 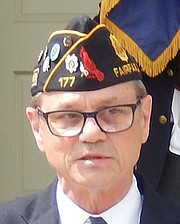 Some of the attendees at the Memorial Day ceremony.

Fairfax City Manager Bob Sisson reads the names of some of the fallen.

Both children and adults wait in line to read the names of the fallen. 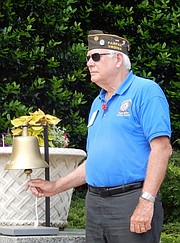 Veteran Dick Meyer rings the bell after each fallen veteran’s name is read.

“Fairfax County was always a crossroads for the nation,” said Petersen. “This community has been touched and formed by heroism, so it’s an honor to be here today [to remember our fallen veterans].” Noting the freedoms Americans enjoy, he said, “We celebrate the sacrifices that made them possible and thank those who served and those who didn’t come back.”

Agreeing, Councilman Michael DeMarco said, “There’s no measure of gratitude [large enough] that we can give for those who have made the ultimate sacrifice and who’ve made us strong, brave and free.”

Councilman Jeff Greenfield said, “We have to also remember and continue fighting for the men and women who continue fighting for our country. We must also remember their families, plus the families who still grieve for those who haven’t come home.” Then attendees took turns reading the names of the City and county residents who’ve died in conflicts from WWI through the current Operation Enduring Freedom in Afghanistan.