Accusations of racial microaggressions in Options and Transfers Policy discussion. 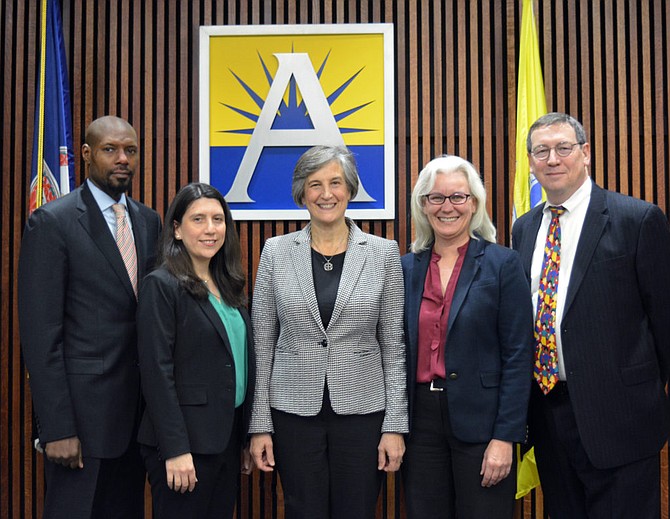 At a School Board meeting on June 1, the board approved revisions to the Enrollment and Transfer Policy, among which was renaming it the Options and Transfers Policy. The policy simplifies and standardizes the application process to transfer between schools or apply for admission to options schools, programs like H-B Woodlawn, International Baccalaureate, Montessori, and immersion programs without fixed boundaries.

During the approval process, Goldstein made an effort to add new language to the policy to “include steps to enhance diversity across our option schools and through our neighborhood transfer practices.” According to Goldstein, the new language would be part of an ongoing effort to reduce the segregation of Arlington Public Schools. Among ways to increase diversity, Goldstein proposed providing transportation to help balance the amount of students receiving free and reduced lunch across the schools, ideally to around 20 percent per school. But while Goldstein said the policy was not an attempt to recreate the cross-town busing from the 1970s, for others on the School Board it didn’t seem much different.

“There’s so many things wrong with this,” said School Board member James Lander. “In my experience, families choose instructional programs, not how much money their neighbors make. Children should be treated as individuals. Color of skin or how much money their parents make has no relevance. I reject this amendment.”

“It’s hard to listen to some of this,” said Talento. There’s some things in here that I feel are microaggressions that I am offended by … So because I’m poor, I am a burden? That is very hard for me to swallow. ... I recognize that we are not legally allowed to determine these things by race, but the truth of the matter here in Arlington the majority of those on free or reduced lunch are minorities.”

“Our goal is to provide excellent high quality education to every single student who walks through our doors, regardless of gender, sex, race, immigration status,” said Talento. “They are a child. We educate them. My goal, to ensure every student has excellent education.”

Goldstein’s motion received support from School Board member Barbara Kanninen, but was attacked by School Board Chair Nancy Van Doren for its introduction during the final approval after a several month process.

“This could have been brought forward and discussed,” said Van Doren. “Instead, it’s brought forward at the 11th hour. I would have welcomed this conversation in community, in drafts, to determine whether or not wording or intent is something we wanted to do … but we haven’t had enough conversation.”

Goldstein’s motion was defeated in a 3-2 vote, but the Options and Transfers Policy was unanimously approved.

The new Options and Transfers Policy also faced criticism during the public comments by parents from Arlington Science Focus School (ASFS), an elementary school focused on science, technology, engineering and math principles into the curriculum. Under the new policy, ASFS would be reclassified as a neighborhood school, and many parents worried that children attending the school as an option would no longer be available to students who live outside the surrounding neighborhood.

“ASFS is not your typical public school,” said Benjamin Harris, a parent at ASFS. “I am very worried the vote will change what has taken years to build. There is no reliable analysis about how it will affect my children and hundreds of others at science focus. I understand the intention, it’s honorable, but we need evidence-based [decisions].”