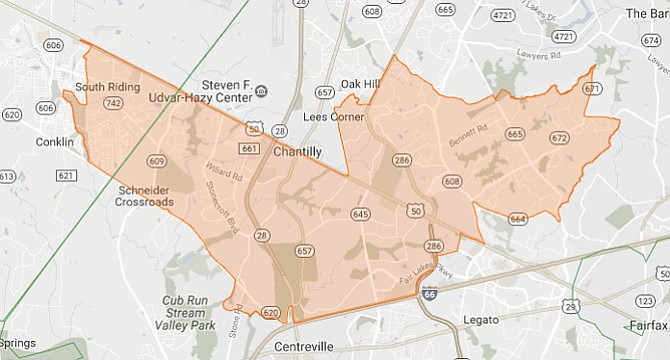 Hillary Clinton won every precinct in the 67th district in November. The district is 88.77 percent in Fairfax County and 11.23 percent in Loudoun County. VPAP.org 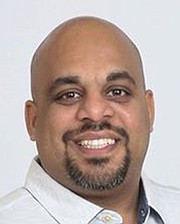 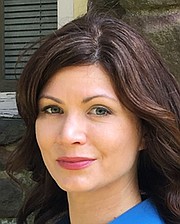 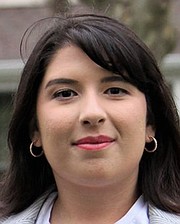 In a district that went for Hillary Clinton over Donald Trump by 22 points in last year’s presidential election, three Democratic candidates for the House of Delegates are vying for the opportunity to capitalize on that political momentum and try to unseat incumbent James LeMunyon (R-67). LeMunyon, first elected in 2009, ran unopposed and unchallenged in the 2015 election.

Candidate John Carey thinks that kind of one-horse race doesn’t give the residents of the 67th district “the choice they deserve. Without meaningful choices, we can’t own and grow our own future.”

Delaney, who chairs the Fairfax County Library Board of Trustees, has some elected official experience as a prior member of the West Melbourne City Council in Florida and worked for several non-profits, addressing issues of youth in foster care, juvenile offenders and sex trafficking. She also has the most endorsements of the three Democrats, including U.S. Rep. Gerry Connolly (D-11), Fairfax County Board of Supervisors Chairman Sharon Bulova, Supervisor Kathy Smith (D-Sully) and several delegates. Delaney has also been the top fundraiser among the Democratic candidates.

Carey has worked for political causes with organizations like Get Out the Vote and People for the American Way. Adopted with his twin brother from Bangalore, India, he spent much of his life living abroad with his single-parent adoptive dad, a former Peace Corps volunteer and then a 30-year employee with the international humanitarian agency CARE.

“Humanitarianism and knowing how to understand all people from all places, cultures and religions — that’s just how we were raised,” said Carey, “and something I uniquely bring to the table.”

“I am the only life-long Democrat running for the 67th District with a proven track record of results fighting for important issues like public education, voting rights and healthcare,” Carey said. ”In this current political climate, voters are craving accountability, transparency and honesty from their elected officials and we can turn this seat blue in November if we focus on those themes."

Hannah Risheq is the youngest in the field of candidates at 25. A first generation American, she is the daughter of a Muslim Arab immigrant father and and Jewish-American mother, and says she can relate first-hand to the “reality of hate and discrimination” that too many of our residents have encountered, particularly of late. After 9/11, her family’s restaurant in a small town in North Carolina “suffered an almost total loss of its previously loyal customer base, as well as its good will in the community.” After the business was “burned to the ground after several threats” the family moved to South Riding, where Risheq says they were “welcomed as the multi-cultural, multi-religious family that we are.” Risheq sees herself as the “real progressive choice” with a fresh new voice, with volunteer political involvement and multiple degrees from American University, George Mason and Columbia. “I know how to work hard, to apply myself, and do the research and work with others to find the answers.”

ON SUNDAY, June 4, the candidates sought to separate themselves from their opponents at a debate sponsored by the Sully District Democratic District and the 67th Virginia House District Democratic Committee. State Sen. Dave Marsden (D-37) moderated the event held at the Mountain View Alternative High School in Centreville.

Carey, Delaney and Risheq agreed on a number of the issues, particularly their desire to see the expansion of Medicaid in Virginia and the need to address partisan voting districts in the Commonwealth. “Some of these districts look like Rorschach tests,” said Carey. “We need an independent commission to address this.”

“It’s appalling that redistricting legislation never even made it out of committee in this last legislative session,” said Delaney.

Risheq said it was “time to give the people back their voices.”

There was no disagreement on the need to address the state’s opioid epidemic as a health crisis and not a criminal issue, nor did they disagree efforts to raise the minimum wage. They agreed on environmental protection issues and on allowing the medical use of marijuana and decriminalizing its general use.

As the debate continued, it became apparent than the three advocated for similar policies, legislation and actions on most of the topics raised.

Risheq offered specific answers on what steps she would take toward addressing each issue.

“Body cameras, as well as training,” she responded to the question on addressing perceived institutional racism in law enforcement. “Energy efficient schools and building to save money, then make money” was her answer about not only environmental concerns, but also where to find the funds to fill the budgetary shortfalls. “The numbers show we could produce about $1 million per year per school with clean energy.” To alleviate unemployment and underemployment, create new and better jobs and stimulate investment in Virginia “work training programs … free community college with certain conditions, and emphasis on STEAM education.”

Carey got first crack at the question of how, if elected, he would convince his Republican colleagues to support Medicaid expansion in Virginia. His immediate response was that not doing so makes no sense. "It would mean health care for 400,000 more Virginians, more jobs, more tax revenues." Carey said he would educate opponents, and mobilize the people of Virginia, something he has experience doing on a number of "get out the vote" initiatives. "Let the people do the convincing. Get them down to Richmond to be heard."

Marsden asked how the candidates would tackle the fact that the state ranks sixth highest for the cost of a four-year college degree, and 12th for community or junior colleges.

"Virginians shouldn't have to choose between education and debt," said Delaney. "Innovation is a big part of the answer." Delaney said greater focus on innovation can help solve problems and generate revenue for all the state's needs.

The primary to decide who will face LeMunyon takes place on June 13. Early voting is already underway.