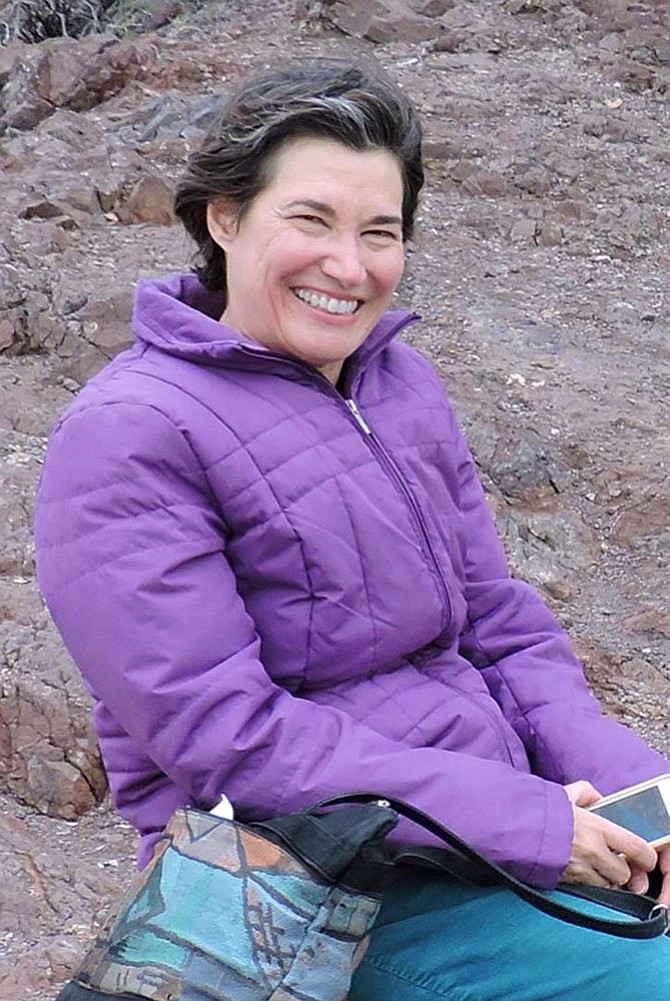 Becky M. McCleskey, 56, was missing since Monday, Feb. 6, and was last seen leaving her home at 8 a.m. that day. Photo courtesy of the United States Park Police

The body of Becky M. McCleskey, 56, of Arlington, Va., was found in the Potomac River.

Her body was recovered from the water near the Old Angler’s Inn restaurant in Potomac, on Friday, Feb. 24, at approximately 5:50 p.m.

The U.S. Park Police determined hypothermia and drowning caused McCleskey’s death and that there were no signs of foul play, according to Anna Rose, the department’s spokesperson.

Her body was originally spotted by hikers on the Maryland side of the Potomac River who then called 911, Rose said.

The discovery came 18 days after she was reported missing on Monday, Feb. 6.

The park police spent three days searching the 800-acre, mostly forested Great Falls National Park in Virginia by land and helicopter after McCleskey’s car was found parked in its north parking area on the first day she went missing. Her car entered the park at 4:36 p.m. that evening.

The park was closed for two hours the following morning because of the investigation.

At 7:38 a.m. on Tuesday, Feb. 7, the Great Falls Park Facebook account posted a status informing the public that it was closed and warned visitors to call the visitor center before attempting to enter the park. By 9:47 a.m., the park posted a new status saying, “Great Falls Park is now back open!”

The Montgomery County Fire and Rescue Service joined the U.S. Park Police, searching the Potomac River along the Great Falls and Chesapeake and Ohio Canal parks.

The swift water search was suspended because of stormy weather at midnight on Feb. 7, but resumed hours later that morning. The team also searched on Wednesday, Feb. 8.

By Thursday, Feb. 9, the search was called off.

McCleskey’s next of kin was notified of the body’s discovery, according to Rose.