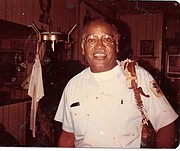 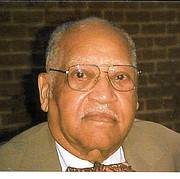 Even for those who didn't know his name, Arthur Martin Nelson was the face of the community. He was the mailman. For nearly 40 years, Nelson walked door to door delivering letters and packages as one of Alexandria’s first African American mail carriers. Nelson was 89 when he died on March 7.

“He was always cognizant, when he was delivering mail, of being a black person in a more white world,” said Rose Kary, Nelson’s daughter. “He carried himself in a way that my dad knew, if he didn’t provide great service, that it might be a problem in keeping his route. Had to be mannerable and do a great job. It took a lot. He wasn’t Jackie Robinson, but it took a lot of patience and control knowing you are representing everybody in that job.”

Alexandria was home for Nelson. He was born in Alexandria on Nov. 9, 1927 as the youngest of 11 children. Nelson attended school at Lyles-Crouch Elementary School and later Parker-Gray High School. He dropped out to enlist in the military, only to be discharged later when it was discovered he was underage. He lived in Alexandria all his life until summer last year, as his health began to decline, he moved to be closer to his daughter in Georgia.

Outside of his job, Nelson was also active in the local community. Nelson was vice-president of the Departmental Progressive Club, responsible for the organization and management of the club. He was a member of Elks Lodge No. 48 for over 50 years and a member and trustee of Beulah Baptist Church since 1948. According to “Beacons of Light,” Nelson was instrumental in many of the local civil rights programs during segregation.

“I knew Arthur [Nelson] very well, I had a lot of admiration and respect for him,” said William Euille, former mayor of Alexandria. “He was a strong friend and supporter. [Nelson] was very active in the city, and a very vocal advocate for MLK day memorial services. He was a citizen we should all appreciate and respect, for his dedication and support.”

Kary said she remembered her home being filled with food on nights when he would host events for the Elks or when he’d bring her along to other civic events he was involved in.

“I remember going places with my father, and him being able to reach out to lots of people, white and black,” said Kary. “He was very gregarious and friendly. He taught us that kindness will get you everywhere. A smile on your face, greeting people, and loving people will take you further than money and status … He worked really hard to make sure we had what we needed. We grew up on Earle street, lived there all our lives, and he made us a part of what he was involved in, both his civic and church responsibilities.”

Kary worked as a teacher in Alexandria before moving to Georgia, and she said it was neat having students whose parents would recognize her as the daughter of the mailman. She said it helped her connect with people who knew him.

Nelson was also involved in local public housing issues and served on the housing board for the city.

“Being a mailman gave him such a unique opportunity to see how people lived,” said Kary. “When communities changed, he saw that. His route was on Queen Street. In his lifetime, he saw it go from being mostly black to more integrated. The way Alexandria changed, where public housing was: he walked that route. He’s seen so many changes in the city. Being 89 and seeing that, it was phenomenal for him.”

Nelson is survived by two brothers and one daughter, Kary.

He lived a life helping to make a difference for everyone, especially for youth,” said Euille. “Alexandria was blessed to have Arthur Nelson as part of our lives. He will be missed.”