Six Athletes To Be Inducted into Alexandria's Hall of Fame
Votes

Six Athletes To Be Inducted into Alexandria's Hall of Fame 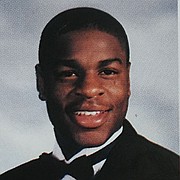 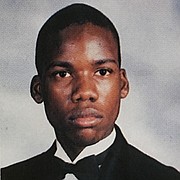 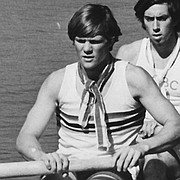 Alexandria City Public Schools (ACPS) will induct six athletes, including three who went on to have long careers with ACPS, into the Athletic Hall of Fame at the fourth annual Hall of Fame event in January. Two coaches will also be honored.

This year’s inductees are: Michael Horton, TC’s all-time leading basketball scorer; Ardelia Hunter, an outstanding basketball player who became a teacher for ACPS and retired as an ACPS principal; Daymon Jackson, who went on to play for John Thompson at Georgetown University; Ron Lambert, an all-around athlete, lettering in four different sports in his senior year; Dwight Stephens, a renowned cross country athlete; and Bob Stumpf, an outstanding crew athlete who became a member of the Blue Angels.

Coaches Albert E. (Rasty) Rorand, who was inducted into the Virginia Sports Hall of Fame in 1988; and Jimmy Worden, who coached basketball, softball and cross country at TC, will also be honored at the event.

Since its inception in 2014, ACPS has inducted 34 athletes into the Hall of Fame and honored many coaches, including Herman Boone and Bill Yoast from the 1971 State Championship team memorialized in “Remember the Titans.”

Michael Horton is the all-time leading basketball scorer at TC with more than 1,600 points. A three-year starter, he averaged 27.2 points per game and was on the 1995 All-State team, all-region team twice and all-district team three times. In 1994, Horton was named the Alexandria Sportsman’s Club Basketball Player of the year. Horton went on to play at Alleghany Community College, where he became the number one rated junior college point guard in the country. He was then recruited to play for the University of Cincinnati, which was ranked number one in the country at that time. Michael currently works for ACPS in the educational facilities department.

Daymond Jackson was a member of the 1995 Varsity basketball team that made the regional finals and an all-metropolitan first team member. Jackson went on to play for John Thompson at Georgetown University for four years. He is the second all-time leading scorer for TC. As a senior, he averaged 28.5 points per game playing on a team that made the regional finals. He was named first team all metropolitan, and first team all-state and Alexandria Sportsmans’ Club Basketball Player of the Year. Jackson also excelled in track and field, placing third in the region in the high jump.

Ron Lambert was an all-around athlete, lettering in four sports in his senior year in 1968. He was a captain and all-district wide receiver and defensive end in football and team captain, all-district, all-regional and first team all-state in basketball. He played for three years for the baseball team and was part of then George Washington High School’s track team in his senior year. He was awarded a full football scholarship to the University of Memphis, where he also joined the Memphis State basketball team. He later transferred to Rio Grande University in Ohio where he received a full basketball scholarship. In Ohio, he was all-conference for three years, honorable mention all-American in 1973-1974 and was inducted into the Rio Grande University Hall of Fame in 1992.

Dwight Stephens graduated in 1980 from TC, where he was renowned for his cross-country abilities. He was the 1979 State Cross Country Champion and Northern Region Cross Country Champion, posting the fourth fastest time ever on the Burke Lake course. In 1980, he became the state indoor track champion at 3,200 meters and the state outdoor track champion over 3,200 meters. Thirty-seven years later, he still holds the state record in this event. Stephens went on to star at Penn State University in the mile, and the 5,000- and 10,000-meter races.

Albert E. (Rasty) Doran began his career in 1938 as the head coach of the football, baseball, track and basketball teams at then George Washington High School. He also coached basketball and served as the school's first athletic director. The teams he coached at George Washington won two state championships and an unprecedented 12 consecutive Northern District basketball championships. As a basketball coach, he led teams to 534 victories and 142 losses. In 1953, Doran became the supervisor of athletics for ACPS. He retired in 1970 and was inducted into Virginia Sports Hall of Fame in 1988.

Jimmy Worden was born and raised in Alexandria and coached basketball, softball and cross country at TC. As a varsity basketball coach, he led the boys basketball teams to five district titles and the girls team to a district tournament title. He coached the junior varsity boy’s basketball team to a streak of 44, followed by 38 consecutive wins with only one defeat in between. He was honored as the Alexandria Sportsman’s Club Coach of the Year three times and was recognized five times by the Washington Post as the District Coach of the Year. He was also recognized as the Alexandria Sportsman’s Club Basketball Player of the Year in 1964 for his athletic prowess.

The athletes and coaches will be celebrated during an induction ceremony at T.C. Williams High School in January.