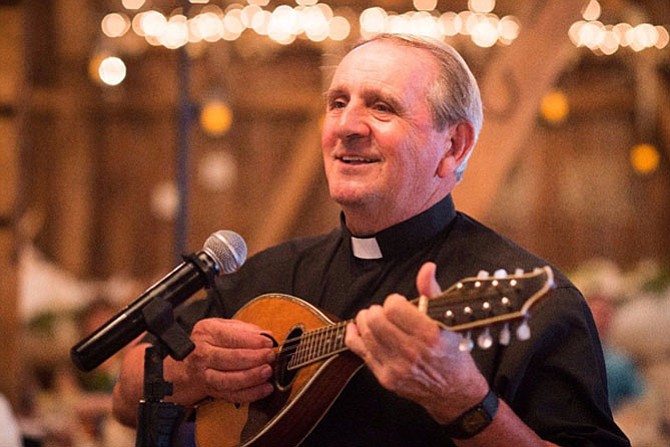 Known as a crusader on behalf of the poor, Creedon served as pastor for several area parishes, including Holy Family Catholic Church in Dale City, where he was serving at the time of his death.

Born Feb. 16, 1944, in Inchigeelagh County Cork, Ireland, Creedon was the fourth of 14 children of John J. and Margaret Creedon. He attended seminary at All Hallows College in Dublin and was ordained a priest for the Diocese of Richmond on June 16, 1968.

Well-known within the Catholic Diocese of Arlington, Creedon served at a number of area parishes. He served as parochial vicar of Blessed Sacrament Church, 1968-75; St. Luke Church in McLean, 1975-78; and St. Agnes Church in Arlington, 1978-79; and pastor of Good Shepherd Church, 1979-91.

While serving at Good Shepherd, Creedon was appointed director of diocesan Catholic Charities, a position he held from 1981 until 1988. In 1991, he moved to the Dominican Republic, where he was founding pastor of the Arlington Mission in the parish of San Francisco de Asis Bánica.

Creedon returned to Virginia in 1995 when he became pastor of St. Charles Borromeo Church in Arlington, where he served until his appointment to Holy Family in 2010.

Among his many contributions, Creedon founded Gabriel Homes for people with disabilities and the diocesan Peace and Justice Commission, where he served as chair from 2002 until his death.

Additionally, he served as diocesan director of Catholic Relief Services and the Campaign for Human Development; founder of Catholics for Housing; diocesan representative on the board of the Virginia Interfaith Center for Public Policy; board member of Social Action Linking Together (SALT); and strategy team member of Virginians Organized for Interfaith Community Engagement (VOICE).

Fluent in Spanish, Gaelic and French, Creedon served on the Virginia Catholic Conference’s Respect Life, Health and Social Concerns Policy Committee from the organization’s beginning in 2005.

A Mass of Christian burial was held Nov. 21 at Good Shepherd Church. Burial will take place in Inchigeelagh, Ireland at a later date. In lieu of flowers, contributions can be made to the Holy Family Building Fund at 14160 Ferndale Road, Dale City, VA 22193.