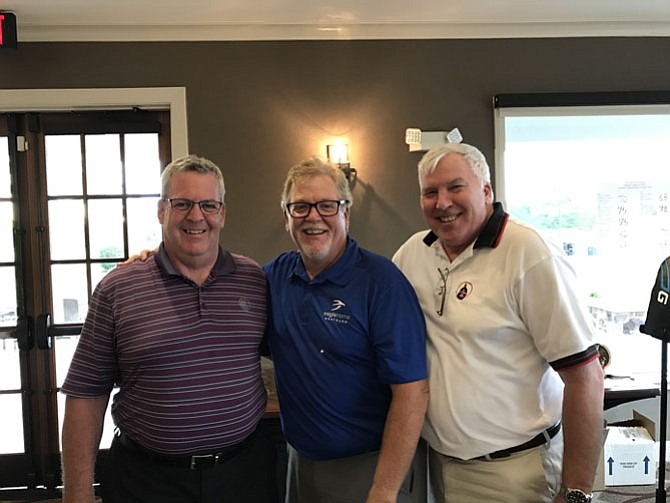 The honorary golf tournament chairman this year was Chief Ed Roessler of the Fairfax Police Department and represented by Captain Dean Lay of Sully District.

The tournament was a scramble format and the winning team was Eagle Home Mortgage comprised of Chris Downey, Bill Casey, Todd Martin, and Steve Davis. Davis also won the "before tournament" putting contest.

At the end of the day there was a parent / child golf clinic provided by Kirby Struhar of Dulles Golf Center and Sports Park. An evening meal was held at the clubhouse where the awards were handed out and there was a raffle and silent auction.