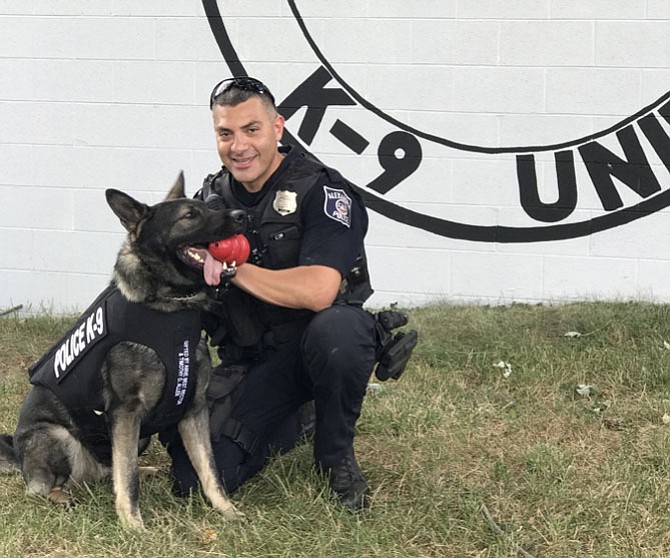 On Oct. 4, APD K9s Odin and Zeus received custom made ballistic and stab-protective vests thanks to funding provided by an anonymous donor and Alexandria residents Anne Best Rector and Tim Allen.

The mission of Vested Interest in K9s, located in East Taunton, Mass., is to provide bullet and stab protective vests and other assistance to dogs of law enforcement and related agencies throughout the United States. Since its inception in 2009, Vested Interest in K9s has provided over 2,000 protective vests through private and corporate donations at a cost of over $1.7 million. All vests are custom made in the USA by Armor Express in Central Lake, Mich.

The donation to provide one protective vest for a law enforcement K9 is $1,050. Each vest has a value between $1,795 - $2,234 and an average weight of 4-5 lbs. There are an estimated 30,000-law enforcement K9s throughout the United States. For more information, visit www.vik9s.org.