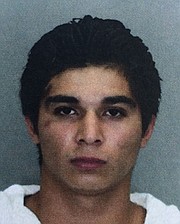 The public defender representing Darwin Martinez Torres who has been charged and indicted in the murder of Muslim teen Nabra Hassanen, 17, of Reston, was excused from the commonwealth’s criminal trial by the Fairfax County Circuit Court on Thursday, Oct. 19.

After the original second degree murder charge was elevated to capital murder, Torres’ former lawyer, Dawn Butorac, the chief public defender with the Fairfax County Public Defender's Office, asked the court to be excused. Chief Judge Bruce White granted the motion on the grounds that criminal defendants have the right to effective counsel.

Instead, legal representation with experience in capital murder trials will be provided to Torres by the Capital Defender Offices of the Indigent Defense Commission.

“He will get a group of lawyers who are qualified,” said Raymond Morrogh, the Fairfax County Commonwealth’s Attorney, who is prosecuting the case and pursuing the death penalty.

Torres, who is a citizen of El Salvador living in Sterling without legal permission, was originally arrested on a second-degree murder charge in June, which means the alleged murder was not treated as premeditated.

Torres “did feloniously, willfully, deliberately and with premeditation kill and murder Nabra Hassenen,” the indictment said.

The next hearing for the case will be at the Fairfax County Circuit Court at 9:30 a.m. on Friday, Nov. 17. A trial date will be discussed during this hearing.