Back to School at Maury Elementary
Votes

Back to School at Maury Elementary 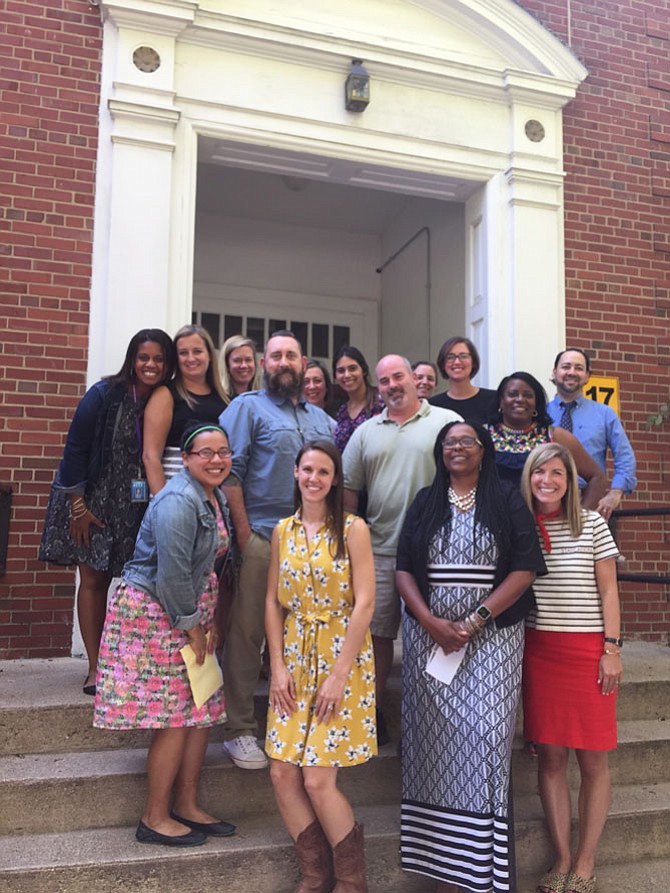 Maury faculty and staff after the first day of school. Photo by Vernon Miles. 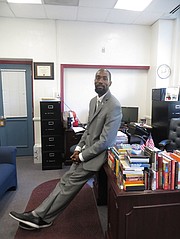 T.C. Williams’ band plays in front of the school as the first day kicks off.

“The [community] trusts us, not only to provide an education but to keep their children safe.” — Victor Powell, Principal, Maury Elementary School

At Maury Elementary, the end of the first day of school on Sept. 5, the parents filled the front lawn of the school, between the building and the school buses, all waiting for the sight of their children. When the bell rang and the students emerged, the lawn was filled with hugs and excited chatter about new classes and new friends. But the students and parents weren’t the only ones with first day jitters. Outside the school, faculty and staff gathered around the stairs to make sure students got safely to their buses or parents, then swapped stories about the first day back at school.

For Ivey Malleck and Caroline Dick, students at Maury, the first day went really well, but neither could escape the lingering sense that the summer had felt too short. Still, both Malleck and Dick said they were excited to get back to their favorite subjects: reading and writing.

“It was awesome,” said Lizzie Demers. “It went really well. I got the teacher I wanted. We went to [physical education], math, and lunch … We have free lunch now, [which means] we can sit with whoever we want, so I got to sit with a good friend.” Lizzie was outside the school with her younger brother, Matt Demers, who said he had a good first day at Kindergarten.

First days are also a little different from regular school days, so a few students said they were withholding their judgement on the school year. Lucy Jones said the day went well but noted that they didn’t really have a traditional class day. Still, Jones loved going to her encore music class, and said she’s excited to learn more science this year.

For Victor Powell, it was his first real day as principal of Maury Elementary.

For Powell, one of the lessons of Tucker was that a good school community and good leadership is built on getting to know about the students, staff, and parents outside of the classroom, and for those people to know more about him.

“I’m a routine person,” said Powell. “When I drive my kid to daycare in the morning; it helps to center me. I’m an early bird, so then I get here early to get a lay of the land.”

When the buses pull up to the school at 7:30, Powell said it’s important for him and the staff to be out there to greet the students. Throughout the day, he says one of his main roles is to go into the different classrooms and be visible.

Powell had not originally planned on being a teacher. His father, a Marine, always told Powell that he was going to be a teacher. But Powell had wanted to be an architect. Powell is a visual learner; he likes building things, but the undergraduate program at Anderson University didn’t have an architecture program. He majored in math instead, but like his father, his advisor in college said he saw Powell as a teacher. Powell switched into an education program at the school and said it started to feel like a natural fit.

“My father and advisor saw skills I didn’t know I had,” Powell said. “I never wanted a job. I don’t like calling this work… that’s not what we do here. It’s a service. Being a teacher allowed me not to get stuck behind a desk.”

After college, Powell moved around with his wife, teaching at various grade levels in various locations. When they moved to Maryland, he got his job at Tucker.

Powell was the first person in his family to go to college. Powell struggled to describe the feeling years later of being chosen as the principal for Maury and settled on “monumental.”

“It’s so humbling to be in this position,” said Powell. “It really humbled me. I saw my dad cry once when I went to college. He was very proud. But behind closed doors, [when I told him I was going to be the principal] there was probably some tears again. I’m still trying to make him proud. It inspires me not to stop. I have a son as well, and I want him to go even further.”

Powell said he felt keenly aware of the eyes of the community, parents and staff, turned towards him as the school year starts.

“It reminds you of the gravity of this situation,” said Powell. “This is not something I take lightly. This means a lot to me. It means I know what’s at stake. It means the [community] trusts us, not only to provide an education but to keep their children safe.”