At-Large Director Ray Wedell is the third director to resign from the RA Board this year. 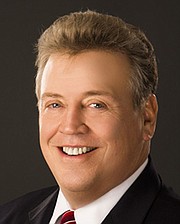 Wedell was elected to the board in 2015 and was a member of the Board Operations Committee, which is responsible for reviewing and setting board agenda items each month.

The announcement by the RA mentioned no reasoning for Wedell’s resignation. Wedell did not respond to inquiries for comment from the Connection.

He is the third director to resign from the RA Board this year.

In June, former At-Large Director Eve Thompson resigned amidst complaints alleging she failed to disclose conflicts of interest during votes regarding Lake Anne, which were later dropped. The RA Board filled her vacant seat by appointing Sridhar Ganesan to a vote of 6-1 — Wedell casting the only vote in favor of another candidate.

In December 2016, former North Point District Director Dannielle LaRosa announced that she would resign her seat in April 2017, exactly two years before her term was to expire in April 2019. She attributed her premature exit to the mounting time commitment needed for the job and her desire to spend more of her time with her three young children who are still living at home.

LaRosa’s seat was added to the spring RA election. RA members vote each spring to elect three new individuals to the board. The nine-member board is made up of eight directors chosen by the members, with four serving specific Reston districts. The ninth member is selected by Reston apartment owners.

The resignations and spring election shook up the leadership, leaving a majority of the board to newly-elected or appointed Restonians. Only three of the nine-member board are individuals who held their seats prior to the election: Lake Anne/Tall Oaks District Director Sherri Hebert, At-Large Director Michael Sanio and South Lakes District Director Julie Bitzer. After the election, the board members voted Hebert to be president of the board and Sanio — who was previously the board’s vice president — to secretary.

By unanimous consent of the directors, the RA issued a call for candidates who are interested in serving out the remainder of the term for the vacant at-large seat, which runs through April 2018.

Any association member interested can submit a statement of candidacy by either U.S. mail, via email to Sabrina Tadele at stadele@reston.org or in-person at RA headquarters by noon Sept. 22. Certified candidates will meet with the board on Sept. 28 to discuss interests and qualifications. Visit www.reston.org/.