Kwame Alexander will stop at Scrawl Books in Reston, Wednesday, April 5 for his new book, ‘Rebound.’ 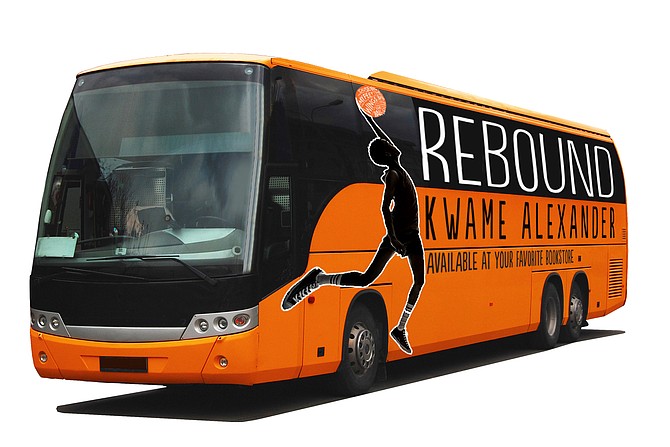 Alexander's book, ‘Rebound’ is about a young boy, basketball games, and becoming a young adult. The author is traveling coast-to-coast in a tour bus transformed to look exactly like the cover of his new book. Photo Courtesy of rhalee hughes public relations + marketing 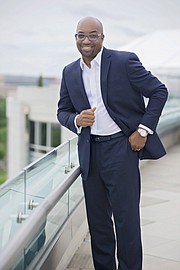 Kwame Alexander writes sports novels for middle school-aged children in verse. His latest book, ‘Rebound,’ is the follow-up to his Newbery Medal-winning and New York Times Bestselling book, ‘The Crossover.’

Are your tweens obsessed with books in verse? How about sports? Herndon resident, Kwame Alexander is a poet, educator and the New York Times Best Selling author of 25 books, including “The Crossover,” a Newbery Medal winner. The book is a sports novel written in verse for middle school-aged children.

School Library Journal (starred review) praised “The Crossover.” "Alexander has crafted story that vibrates with energy and heat and begs to be read aloud. A slam dunk."

Bulletin of the Center for Children' Books (starred review), wrote,"Alexander fully captures Josh's athletic finesse and coming of age angst in a mix of free verse and hip-hop poetry..."

Now Alexander is out to promote his newest book, “Rebound,” the follow-up to “Crossover.” He is on a 30-day, 24-stop, coast-to-coast book tour. Reston is his fourth stop. Just like basketball teams, Alexander travels in a tour bus, but his bus is professionally wrapped to look exactly like the cover of his new book.

Booklist (starred review) praised “Rebound”: "{brilliant} wordplay and syntax. There is a rhythm to each page, whether it's the snappy give-and-take of dialogue, the throbbing of Charlie's bottomless melancholy, or the rushing excitement of a basketball game... Alexander is unstoppable."