‘Journey to Freedom’ in Potomac
Votes

‘Journey to Freedom’ in Potomac 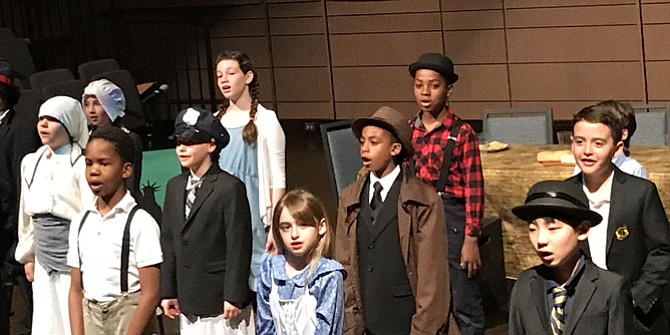 The fourth-grade students and teachers from Bullis school prepare to perform “Journey to Freedom.”

To learn more about European immigration, the fourth graders read a variety of historical fiction books, wrote short historical fiction stories, and wrote an original play about this time period using the information they learned. They also had a chance to visit Ellis Island two weeks ago, and participated in an immigration simulation and visited the museum's exhibits. The curriculum combined the performing arts with humanities and global studies in the Lower School.