So Many Ways to Celebrate Reston’s Founder’s Day 2018

Reston turns out to live, work and play in the sun. 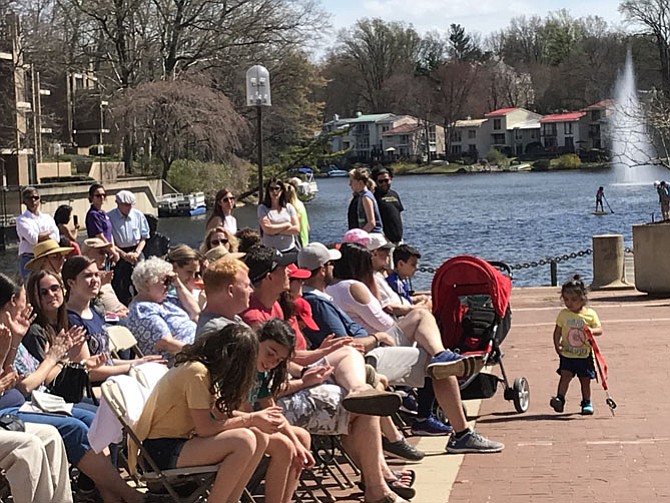 Music is always good on a beautiful afternoon at Lake Anne, especially on Founder's Day. Photo by Mercia Hobson. 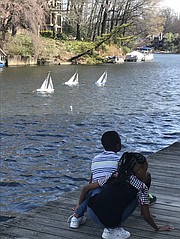 Children enjoy the afternoon watching sailboats and time go by, during the 2018 Founder's Day Celebration at Lake Anne Plaza, Reston.

Fifty-four years ago, there was no Lake Anne and no Reston Town Center. No shopping and no villages. Yet, today there is a vibrant, diversified, and welcoming community. It is still thriving, and one can see the seven guiding principles of Founder Robert E. Simon in action: leisure time, housing for all, diversity, a live-work-and-play community, cultural and recreational amenities, beauty, and financial success.

On Saturday, April 14, the citizens of Reston turned out for the 2018 Founder's Day Celebration at Lake Anne Plaza. The day celebrated the 54th Anniversary of Reston's founding by Robert E. Simon Jr. Historically, Founder’s Day is celebrated on a Saturday on or around Founder Robert E. Simon's birthday, April 10.

In the community center, oral histories were being recorded, so those new to Reston would be able to learn how the schools, churches, and communities rose up and took form.

As the event wound down, there was still plenty to do including the viewing of a short film about Robert E. Simon. It included interview footage with him around Reston taken before he died in 2015. For the children, there were painted rock hunts, crafts and activities, face painting and a moon bounce.

But perhaps what people seem to gravitate to most was the lake. There, a dozen or so radio-controlled model sailboats skimmed the water’s surface, racing one another. Children and families sat on the boardwalk enjoying the cool mist blowing from the fountain. Others sat outside at Lake Anne Brew House, enjoying a drink and watching the day slip by.