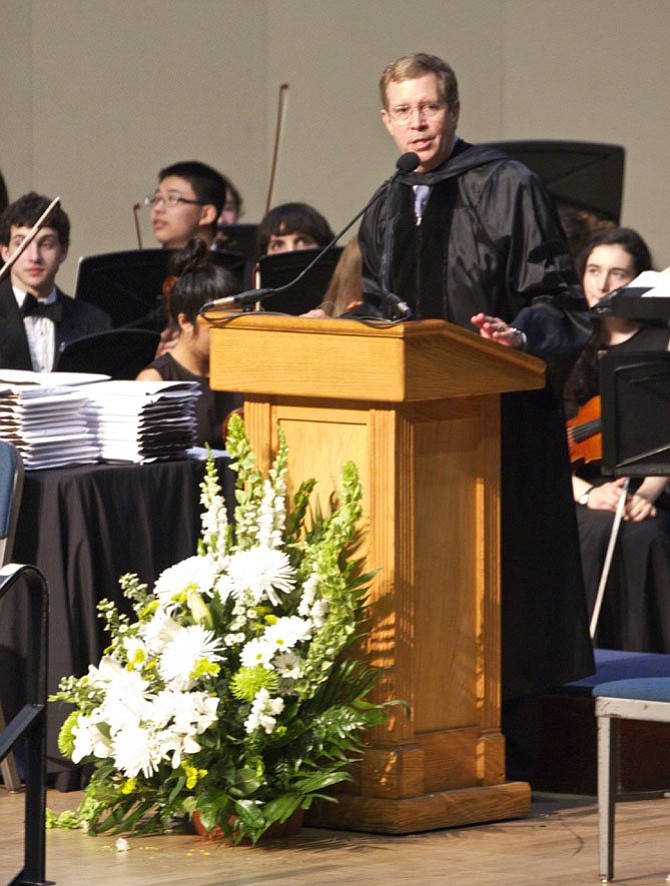 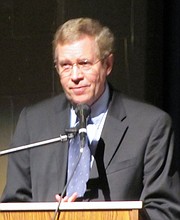 In the long history of Walt Whitman High School, there have only been three principals. Daryl Shaw served as the inaugural principal from 1962 until 1975. Jerome Marco was principal from 1975 until his retirement in 2004. Today, the principal is Alan Goodwin, who is retiring this June after 19 years with the Whitman community.

“I have very mixed feelings about leaving, because I love and enjoy this community so much. I have 43 years with Montgomery County and feel it is time to move on in a different direction. It would be difficult no matter when I decided to leave. My first grandchild is arriving this summer and my second son is getting married — so I will be very busy this summer. Then I will look at the possibilities.”

Goodwin’s record includes maintaining the national high ranking of the school, establishing an open-door policy with students, parents and staff, and furthering the philosophy that all students have an equal opportunity to succeed, both in and out of school.

“Over the years, I have enjoyed giving students the opportunity to design their own activities in school,” he said. “They can learn a lot by initiating an idea and seeing it come to fruition. I have also tried to downplay the many awards that Whitman students receive. Many students already feel too much stress and even though they work as hard as others, they do not always receive the recognition. I am most proud of the individual successes — the shining moments in drama, writing, sports and extracurricular activities.”

One of the memorable moments for Goodwin was when seven congregants from Topeka’s Westboro Baptist Church came to protest Whitman High School because of the sexual orientation of the poet for whom the school is named. Knowing that they were coming, the faculty turned the event an interdisciplinary lesson — English teachers taught Whitman’s poetry and social studies teachers taught a unit on tolerance and the right to a peaceful protest. As school was dismissed, 700 students lined up along police tape separated from the congregants. They chanted alternately, “Walt Whitman High” and “Go home.” Their group was so large, yet peaceful – and they completely drowned out the message coming from across the street. Goodwin was proud of his Whitman students because they acted in a quiet manner, yet they were powerful with their numbers and their message. “It was their school that was being attacked and they learned that they have the right to defend it peacefully.”

As with other large high schools, Whitman has had its share of teen suicides, car accidents and deaths due to underage drinking and drug usage. Goodwin led students, parents and faculty through these tragedies by creating a nurturing environment that responded to student stress and needs.

“I started a Stress Busters committee to respond to the high student stress levels in our school and to help students come up with strategies for dealing with it in a healthy manner – rather than to self-destruct.”

Whitman Guidance Counselor William Toth said, “Alan is always a champion for every student. He is totally accessible to all parents, staff, and students – and has a personal touch that makes one feel as if they have known him forever. He attended almost every activity and knew most of the students by name. He encouraged kids to join in and participate — and had a unique affinity for special needs students. He was a wonderful administrator — and a great guy to work with. He will be sorely missed.”