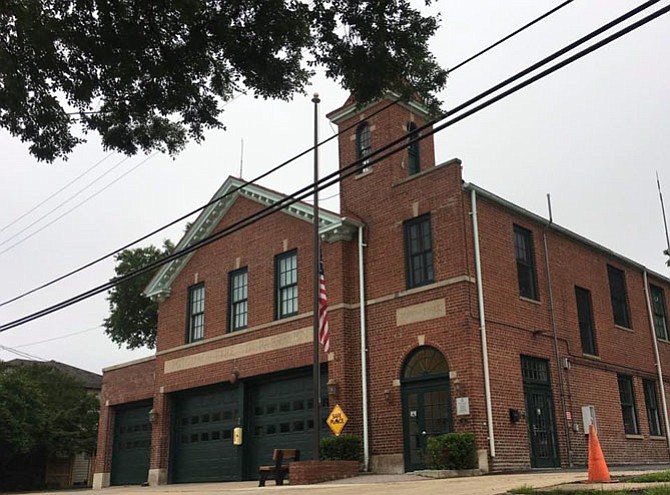 In February, the Alexandria Fire Department pulled out its medic unit from Del Ray’s historic Firehouse 202, located at 213 East Windsor Ave. and parked it at station 209 at 2800 Main Line Blvd. in Potomac Yard. Some Del Ray residents are concerned that the AFD did not properly notify them of the move, that the City Council has gone back on its word after pledging that the ambulance would stay after the firetruck was moved out to Potomac Yard in 2008, and that the 90-day pilot program to reduce service at Station 202 is ill-conceived.

“The mission of the Alexandria Fire Department is to provide service to the city as a whole,” Fire Chief Robert Dubé said in a statement. “We use data analysis to assist us in this endeavor and to better serve the citizens of Alexandria. Our initial analysis showed we could improve our city-wide coverage without impacting the immediate area around Fire Station 202 - Del Ray by moving the medic unit to Fire Station 209 - Potomac Yard.”

The department says that there has been an overall response time reduction in all areas covered by Fire Station 202, with first-responding units arriving in four minutes and 23 seconds after the move to Potomac Yard versus four minutes and 34 seconds prior to the move. Now instead of a medic unit, Station 202 has an EMS supervisor who can respond to emergencies before backup arrives. Additionally, a medic unit has also been placed at Fire Station 203 in the Beverly Hills neighborhood. Station 202 was built in 1926, and in 1930 reportedly housed the first motorized ambulance in Alexandria.

Rod Kuckro, president of the Del Ray Citizens Association, hosted a meeting that included Dubé on April 16, and called the building the cornerstone of the community that serves a number of schools, families and an aging senior population. He said that the Del Ray firehouse received its first blow in 2008, when the plans for Potomac Yard were released and the streets were found to have a turning radius too sharp for emergency vehicles or trash trucks. A compromise was reached when the developer proposed building a new firehouse in Potomac Yard, and council pledged that the EMS unit would stay in place.

“About 12 years ago, when the city moved the fire engine out to Potomac Yard, the City Council made a pledge to us that they would never move the ambulance to Potomac Yard, because it serves two schools, multiple daycare centers, some preschools and an aging population,” Kuckro said. “The community was not properly notified of this change, and any trust between the citizens association and the Fire Department has been broken.”

Vice Mayor Justin Wilson said he looks forward to seeing the data presented to council after the conclusion of the pilot.

“A few years ago we adopted policies that give the fire chief the authority to position fire/EMS apparatus as he sees fit to maximize public safety. This was designed to get the politicians out of the business of deciding where apparatus are placed,” Wilson said.

Still, in 2008, the AFD in its Potomac Yard Station proposal, said that fire suppression units would move out of Station 202 that year, and that Station 202 “would continue as a home for its EMS unit for at least the next five to eight years.”

Jay Johnson has been the president of the Alexandria Volunteer Fire Department since 1984. Most of his 25 volunteers operate out of Station 202, which he says is largely vacant now. He also refuted the AFD figures on response times.

“There’s no way that the figures are accurate. It’s just not possible to have a faster response from Potomac Yard than in Del Ray. It’s physics,” Johnson said. “I think there definitely should be a medic unit, because you have a lot of kids and you have a lot of old people there … Basically, you have two people, an EMS supervisor and a safety officer there. During the day they’re not there. They’re doing their administrative duties all over the city, so it’s pretty empty during the day.”

Kuckro created an online survey, which yielded a number of responses for and against the move.

“In 2017, my 2-year-old son stopped breathing,” wrote a respondent. “We live on W Bellefonte Ave, and the response time was less than 2 minutes. There’s no way this would have been the case if they had been coming from Potomac Yard. My son died the following day, but after we were given the gift of being able to hold him and say goodbye, knowing we did everything possible to save his life. The EMTs that responded that day surely helped give us this gift.”

But not all comments in the survey were against the AFD decision.

“Safety professionals should be allowed to determine how to cover the city and its residents best,” wrote a respondent. “I trust the fire department to manage its own resources to the highest standards. There is no need for us to weigh in.”