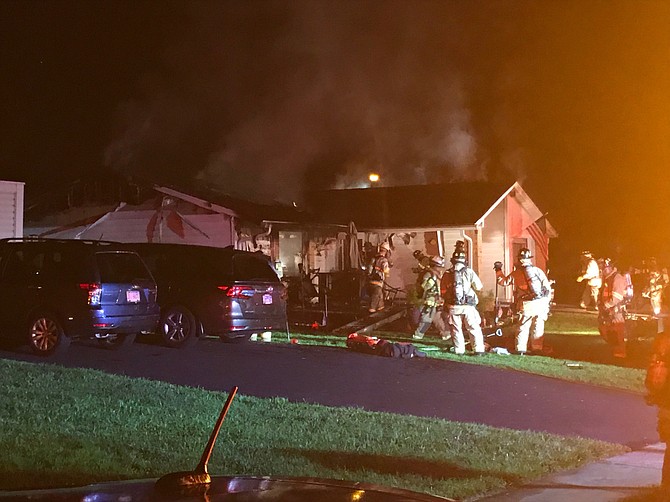 This house on Vantage Drive suffered approximately $260,038 in damages.

On Monday, Aug. 6 at approximately 8:43 p.m., units from Fairfax County Fire and Rescue and the City of Alexandria Fire Department were dispatched for a reported house fire in the 6900 block of Vantage Drive in Groveton.

Units arrived on scene of a one-story, single family home and reported fire showing from the roof line and first floor. Crews located a fire in the attic space and extinguished it. There were no firefighter or civilian injuries reported.

Fire investigators determined that the fire was accidental in nature and started in the attic space. The cause of the fire was the electrical wiring supplying a ceiling light fixture in a bedroom.

The two adults were displaced because of the fire. Red Cross services were offered and declined. Damages as a result of the fire were approximately $260,038.