‘It Brings the Community Together’ in Centreville
Votes

‘It Brings the Community Together’ in Centreville 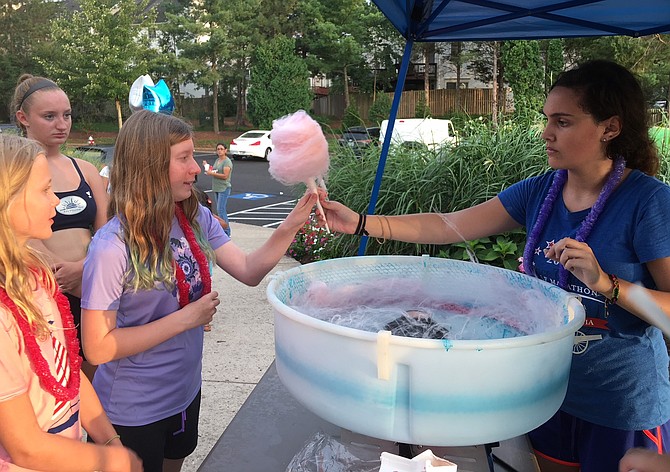 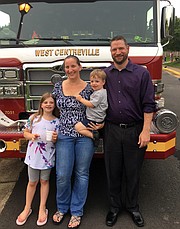 At Sully Station II, Jen and Bryan Riley with children Emily, 8, and Sean, 2, lean against an engine from Fire Station 38 – one of the stations responding when their townhouse was among those damaged in the May 2 fires in Centreville.

In people’s yards, at community centers, pools and other spots throughout the country, firefighters, police and residents gathered last Tuesday, Aug. 7, to celebrate National Night Out. Locally, the fun included a huge event held in Centreville’s Sully Station II community.

Between the moonbounce and vibrating music played by a deejay, those attending National Night out at The Sully Station II Community Center were jumping, both literally and figuratively. More than 600 people came, throughout the evening, and residents and first responders dined on Firehouse Subs, ice cream, cotton candy and Rita’s Italian Ice, plus pizza, cookies and water donated by the new, Chantilly Wegmans. Those over 21 were able to sip on ONEHOPE wine.

“We’re here to support the community,” said Josh Ward, a divisional manager with Wegmans. “It’s our first time for the Chantilly store to be involved in this. National Night Out is something we, as a company, believe in. It gives back to the local first responders and the people who live in their areas.”

Because of the devastating, May 2 fires in two locations in Sully Station II, the event had a fire-safety theme. On a table at the building’s entrance, resident Kathy Kennedy filled flower pots with sand to teach people to dispose of cigarettes properly.

There, as well, were Jen and Bryan Riley and their two young children. Their townhouse on Beaumeadow Drive was severely damaged by the fire in their neighborhood and they’re currently living elsewhere until it’s again habitable.

“It burned our roof, we had smoke and fire damage, and the siding melted off,” said Bryan Riley. “But our neighbors lost the top half of their homes, so we got really lucky; the fire jumped our house.”

Still, he said, “We’re displaced and living in South Riding for the next eight months. But we always come here every year for National Night Out — it’s our tradition.”

Among the police officers in attendance were PFC David Naughton with McGruff the Crime Dog, VIPS Karen Sica and Det. Genevieve Kirk. “We’re out here to support the police interacting with the community in an informal setting,” said Kirk. “This is my third, National Night Out event tonight.”

Sheree Crawford has lived in Sully II for 18 years. “We used to do individual, National Night Out events, and my husband and I hosted one on Beaumeadow Drive,” she said. “It brings the community together and shows our support for our local law enforcement.”

And this year, it’s even more meaningful, she said, “since we had a terrible fire on Beaumeadow and our fire station and others came to our community to put it out. So we very much appreciate our fire and police departments and how well they take care of us.”

Sully II Neighborhood Watch Coordinator Leslie Jenuleson said the annual celebration is all about the partnership between the local police, firefighters and residents. “Sully Station II has amazing neighbors and friends,” she said. “There’s a lot of excitement and energy here.”

“Instead of staying in our houses, this event brings everybody out to meet new neighbors, share experiences, meet the police and firefighters and reconnect with each other,” she continued. “And from tonight’s gathering, people are already planning other events in the neighborhood.”

Her husband Dan, who coordinates Neighborhood Watch with her, was also pleased with how well this year’s National Night Out celebration turned out. “It recognizes the unending dedication of our firefighters, police officers and the volunteers supporting our first responders. And it makes Fairfax County an amazing place to live.”