Spicer at Book Launch in Alexandria 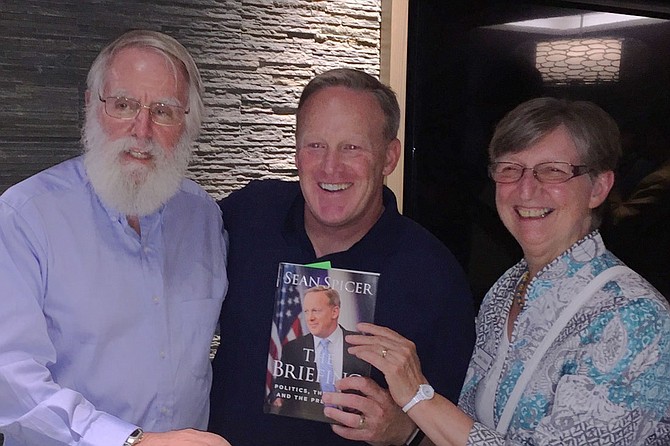 Spicer spoke of his ongoing book tour and how much he appreciated being here “at home” in Alexandria and the support given to him by local Republicans. He spoke about what it was like to be on stage at the White House and face a hostile press 24/7. He described the pressures the President encounters as well.

Spicer said writing the book was a cathartic experience — it gave him an opportunity to reflect on the larger picture. His challenge was to write a book that would explain what happened and stand the test of time — be a book he and fellow Republicans felt proud of in 10 years.