The Other Alexandria: Working at the U.S. Navy Torpedo Plant
Votes

The Other Alexandria: Working at the U.S. Navy Torpedo Plant 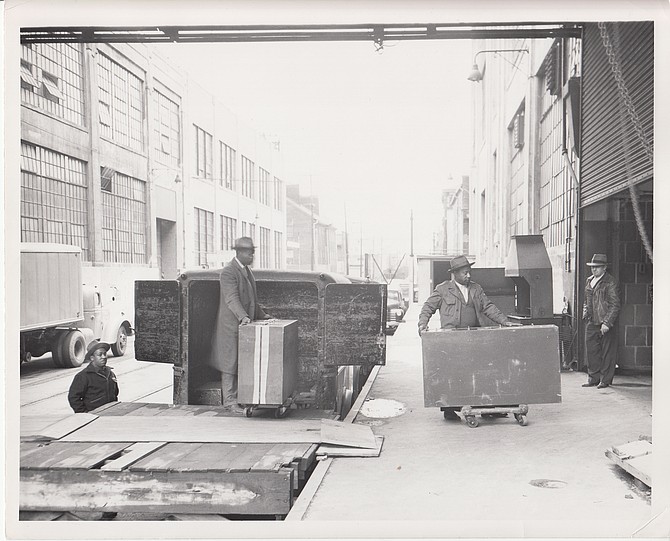 African American working at the U.S. Navy Torpedo Plant in 1950.

During the heyday of the U. S. Navy Torpedo Plant, it received six awards for excellence during World War II. The plant was ranked as one of the five highest plants in the country to achieve a perfect record of six awards during World War II. The torpedoes made at the plant sunk or seriously damaged 1,085 Japanese ships. The men and women who worked there took pride in their work. They were working 50 to 60 hours a week during the war-time.

After World War II, the U. S. Navy Torpedo Plant no longer produced torpedoes. In 1948, the plant was under the U.S. Army’s control and the plant was converted to a government records center. Over a million government records were transferred to the Torpedo Plant. These records included captured German documents, old pay accounts, and World War II documents that were located at several government facilities at the Department of Navy and the Department of Army. For the first time, new technology was used at the plant to convert these records to microfilm.

Throughout the 1950s until the City of Alexandria took over the plant in 1969, many African Americans worked at the plant. During that time, African Americans moved up from laborers to file clerks, clerk typists and mail room clerks. They took great pride in their jobs. Many of them were women who were able to obtain office jobs in the government instead of being relegated to factory jobs. Of the 250 employees at the Torpedo Plant between 1950s and 1960s, many African American women held office positions.

For the men and women who worked at the plant in those early years, they played a very important role in our country’s history. Whenever you go by the Torpedo Factory Art Center today, remember those women and men who worked 50 to 60 hours a week to protect our country. They were the first generation of civilian government and military workers. Those employees continued their government service after the war and became a unique group of pre- and post-war government employees. Those individual contributions will not be forgotten in history. The Torpedo Plant is a testimony to their dedication and contributions to the war efforts.