Holiday Family Entertainment at Its Best in Tysons
Votes

Holiday Family Entertainment at Its Best in Tysons 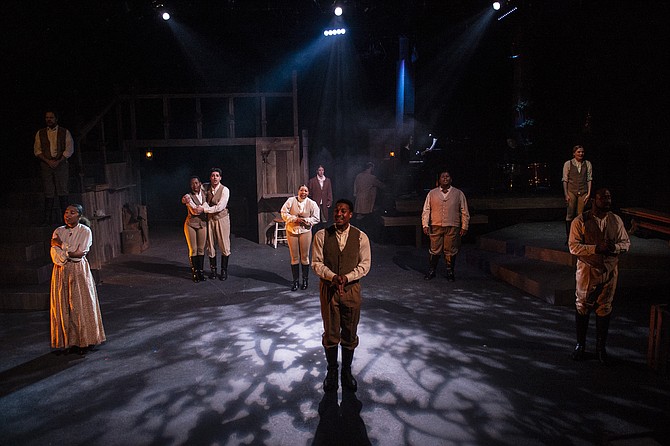 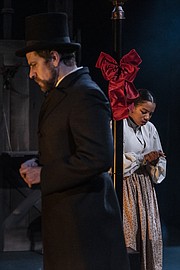 True to its aim, the 1st Stage production of, “A Civil War Christmas: An American Musical Celebration” by Pulitzer Prize-winning playwright Paul Vogel is live Holiday family entertainment at its best.

It is a triumphant production with enormous artistic and historical depth powered forward by the jubilant, vigorous voices of a twelve member ensemble singing nearly two dozen musical numbers.

Under the dynamic direction of 1st Stage Artistic Associate, Deidra LaWan Starnes, “A Civil War Christmas: An American Musical Celebration” is a show full of hope, good will and a desire for peace during the troubled times when the United States was still torn apart between North and South, Blue and Grey. It is a production in which lines such as “the hope of peace is sweeter than peace itself” carry powerful meaning.

Playwright Vogel sets “A Civil War Christmas: An American Musical Celebration” in December 1864 in and around Washington, D.C. and Northern Virginia on one of the coldest Christmas Eves in years. Vogel has a multitude of lives intersect in the play. There are lives of the famous and infamous of Civil War times such as Lincoln, Grant, Lee, Mary Todd Lincoln, Booth and Surratt, to name just a few, along with fictionalized characters representing African-Americans who have major stories to present in the pageant of history that is “A Civil War Christmas.”

The 1st Stage music directors include Markus Williams, Walter “Bobby” McCoy and Leigh Delano. The production includes a live band of piano, violin and percussion. The musical numbers range from the wonderful harmony of “Silent Night,” “God Rest Ye Merry Gentlemen,” and “O, Tannenbaum” to spirituals with voices that reach to the rafters and beyond such as “Follow the Drinking Gourd” and “Children Go Where I Send Thee” as well as a mournful rendition of “Kaddish.” The evocative set design is by Jessica Cancino with character defining expressive costumes by Danielle Preston

The 1st Stage production of “A Civil War Christmas: An American Musical Celebration” is one for the entire family.