Some 54 entries help ring in the holiday season in front of Langley Shopping Center. 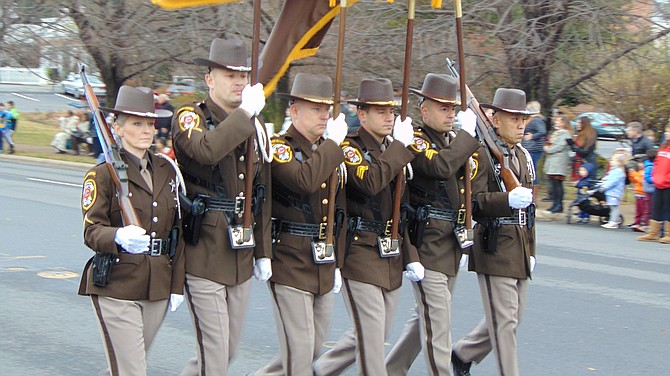 The band “Vengeance in Red,” part of the Bach to Rock Music School, performed before the parade.

The T.E.A. Center of McLean did a dance performance before the parade.

With mild weather that turned out to be good, some 54 entries marched in the 10th annual Winterfest Parade on Sunday, Dec. 2, 2018, in front of the Langley Shopping Center on Old Chain Bridge Road, starting from Fleetwood Road and going to Elm Street in McLean.

According to Trish Butler, Chairman of the Winterfest Steering Committee: “I think this has been an amazing experience for everyone involved. We get praises from all parts of the community about pulling everyone together to open up the holiday season this way.”