World premiere musical with Robbie Schaefer of the band, Eddie From Ohio. 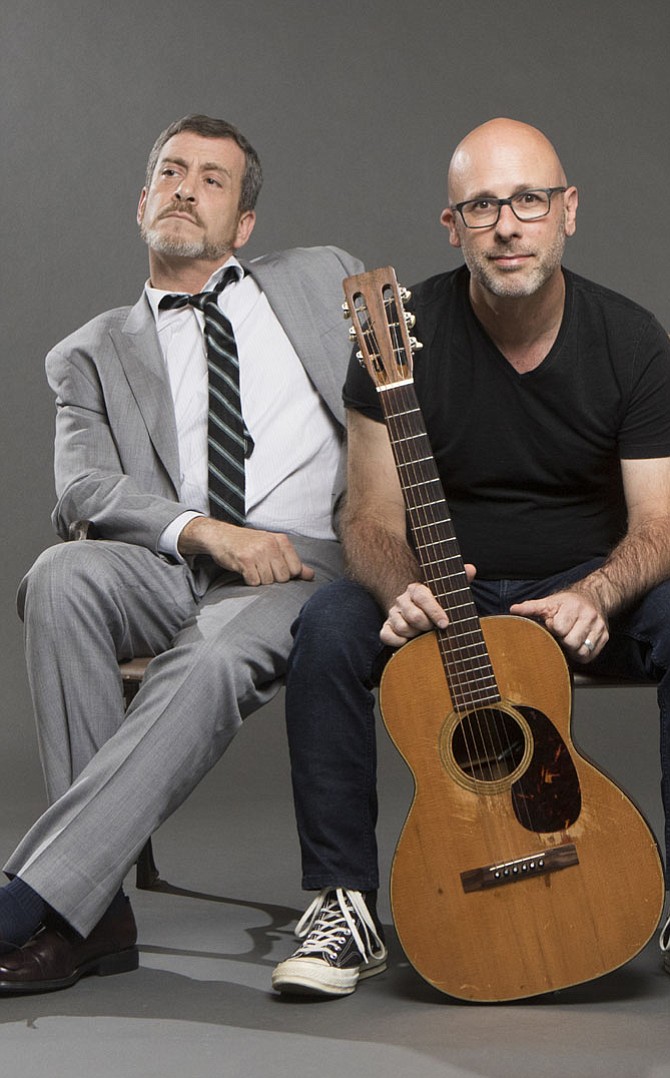 Signature Theatre in Arlington is presenting the world premiere of “Light Years” by Robbie Schaefer now through March 4 in the Max Theater.

Folk/rock/indie band Eddie From Ohio’s Robbie Schaefer crafts a touching and funny world premiere musical portrait featuring Bobby Smith. A master storyteller, Schaefer journeys from his childhood in India to the joys and struggles of growing up, pursuing his passion and raising a family. Entwined throughout is his cherished relationship with his father — and his father’s haunted past.

Enriched with folk-rock music, inventive lyrics and Schaefer’s humor, “Light Years” is a personal tale of immigration, musical gifts and the bond between father and son.

According to Artistic Director and Co-Founder Eric Schaeffer, “At Signature, we always try to give audiences different experiences and ‘Light Years’ does not conform to a typical musical form. The show’s structure and presentation is very unique and fresh. It’s exciting to see such a contemporary musical on our stage by a local writer.”

Schaeffer said that while the story of the show focuses on a father and son story, the show is much bigger than all of that. “Perhaps the biggest challenge with any new musical is to know the story you are telling and why you want to tell it. We have not had a day of rehearsals that we weren’t making changes to the script or music,” he said.

“And the wonderful thing is every change we’ve made has made the show stronger. It’s wonderful to work with collaborators who want nothing more than the best experience for our audiences.”

He added: “I think ‘Light Years’ is a story that everyone can relate to. It’s about parents, it’s about relationships and it’s how we all strive to be the best we can be. And in life, it’s about passing down traditions to your children. It’s a really beautiful story told through an indie/folk/rock score which is something very original and accessible. I think people are going to be really surprised of the journey that ‘Light Years’ takes you on.”

Luke Smith plays the role of the middle Robbie, when he enters young adulthood. “The play is the story of Robbie and his father, Konnie, and examines their relationship over the course of Robbie's life,” he said.

His most significant challenge is that he serves as an actor and musician in the play — playing guitar and bass, he said. “Although I treat it more as an opportunity than a challenge,” he said.

He added: “It's wonderful to have the opportunity to do so many things I love in one play. Throughout the rehearsal process we've been figuring out how to make the transitions from musician to character seamless, which I think we are doing well.”

He said people should know that the show is a collection of beautiful songs. “And I’m confident people coming will get that immediately,” he said. “Beneath the music is this really universal story that deals with the difficulties that arise when a parent and their child don't know how to communicate. Even when the two parties have the best intentions, there can be road blocks along the way that occur for a multitude of reasons, but they usually come down to each person perhaps not matching the other's expectation of what they're ‘supposed’ to be.”

He added: “I suppose I hope that when people watch our story, they'll recognize how their own relationships are reflected in the one we are depicting, and recognize the beauty in the way we are different from our parents or children, embracing those differences in place of challenging them.”