The Last Piece in Alexandria
Votes

The Last Piece in Alexandria 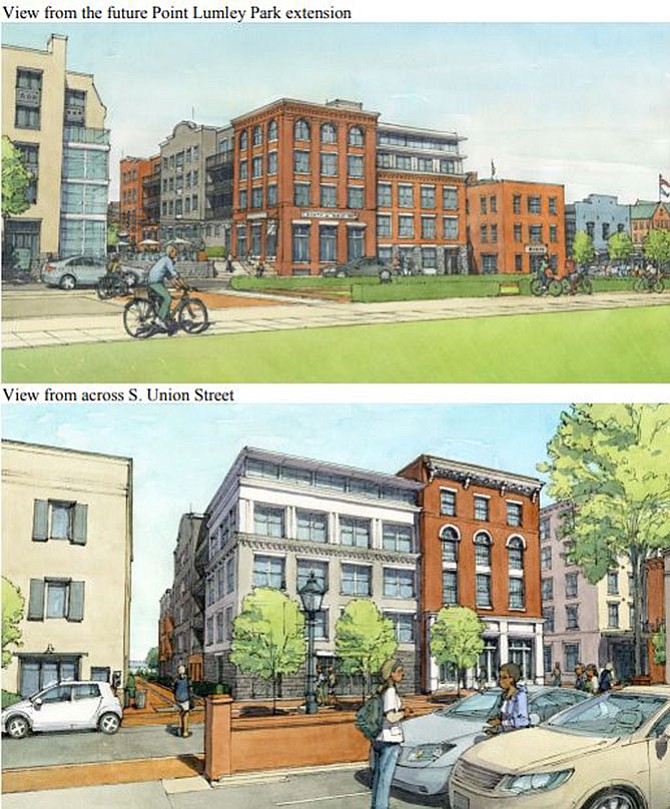 Concept renderings for 211 The Strand. 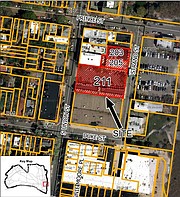 Map of the 211 The Strand development.

More often than not, development along the Waterfront has been a bitter struggle. Developers with grand ideas for landmark buildings with modern architecture and amenities clash with local neighbors fighting to preserve the small town, brick and mortar feel that has made Old Town what it is today. But as the final piece of the southern waterfront plan puzzle was fitted into place at the Feb. 6 Planning Commission meeting, it was approved with little controversy.

The development special use permit (DSUP) calls for the demolition of existing buildings at 203, 204 and 211 The Strand to be replaced with new penthouses and small-scale retail at the ground level.

Contrary to the hours of testimony from projects like Hotel Indigo and Robinson Terminal South, the public comment at the Planning Commission was a mix of praise and a few continuing concerns about the impact of new development on parking. The project averted the controversy courted by other local projects by agreeing with city staff not to pursue on-street parking permits for residents of the new development. But some of the residents speaking at the meeting still had concerns that the ground-floor retail would add a burden to on-street parking the neighborhood can ill afford.

“If you had a driveway, and someone came and parked in your driveway, I guess you’d think it was OK to have to park around the corner,” said Phillip Mattis. “That’s what residents do on the two to three blocks around King Street. That needs to be corrected.”

But these concerns didn’t seem to carry much weight on the Planning Commission, who said the location of the ground floor restaurants and cafes so close to the core of Old Town meant many of the visitors would likely already be in the area either to shop and explore or could take one of several other transportation methods to get to the site.

The Planning Commission expressed universal support for the project. Commissioner Nathan Macek said he was initially concerned about plans for The Strand including retail, saying the development of residential properties around Founders Park had made the southern end of the waterfront largely inaccessible, but was impressed with the public accessibility and how the project had evolved.

“This project has come a long way,” said Macek. “We’re seeing a different reaction to this [compared to] Hotel Indigo. We’ve seen public support. [The developer] authentically reached out and engaged people in project.”

Macek also noted that this project may wind up being the last development approval for the south end of the core waterfront. Like Macek, Commissioner Melissa McMahon said she was impressed with the pedestrian improvements that helped make the site more permeable, but noted that while she was grateful for the developer’s $233,695 affordable housing contribution, she wished an affordable unit could have been located on the site to assist in the city’s efforts to spread the stock of affordable housing across the city. Others, however, said hoping for an affordable unit in the luxury apartments wasn’t feasible or a good use of affordable housing when compared to the dollar amount of a contribution.

“I’m supportive usually of having units on site, but having a really prime location in a very expensive part of the city, it’s just not the right place for an actual unit,” said Commissioner Maria Wazowski. “We can get a better benefit from the contribution which can be used to purchase a unit or provide a loan for a unit in an area where there is other affordable housing and more accessible transportation. Someone in affordable housing doesn’t need all the expensive amenities available here.”

Planning Commission Chair Mary Lyman agreed, saying the dollars would be put to better use in a less expensive part of the city.

The only other concern raised from the commission was by Commissioner David Brown, who noted that the applicant had played with some of the numbers for the project by including the Chadwicks building in the site, which is owned by the same developer but not actually scheduled for changes, purely to be able to count the empty space in the building as part of the whole for the project.