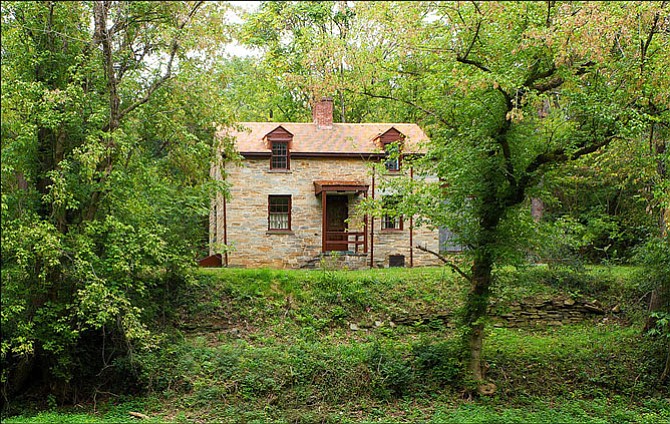 Lockhouse 10 interprets the 1930s time period and tells the story of the Civilian Conservation Corps workers who worked along the canal.

The C&O Canal Trust will host a lecture Sunday, Feb. 25, on the two Civilian Conservation Corps camps established along the canal in 1938 to house African American members working to restore flood damage along the canal.

It was built in 1830 and remodeled by National Park Service crews in the 20th century. Recently it was renovated by NPS and the Canal Trust to recall the 1930s.

It is one of six historic lockhouses available for rent through the C&O Canal Trust Canal Quarters program. Information on Canal Quarters can be found at Canaltrust.org.

“When the federal government purchased the abandoned C&O Canal in the 1930s, it was flood ravaged and suffering from neglect. In response to the onset of the Great Depression, the Roosevelt Administration established two Civilian Conservation Corps (CCC) camps near Carderock, Maryland, just two miles upstream from Lockhouse 10,” according to the Canal trust website.

“These camps, which housed African-Americans exclusively, provided work, education, and training for hundreds of unemployed youth. Over the course of 4 years, their labor, along with workers from the Public Works Administration (PWA) and the National Park Service (NPS) helped transform the C&O Canal into a resource worthy of protection and preservation. Their work set the stage for Supreme Court Justice William O. Douglas and later generations of conservationists to advocate successfully for the national park which now exists.”