‘Godspell’ at Herndon’s NextStop: Much to Adore
Votes

‘Godspell’ at Herndon’s NextStop: Much to Adore 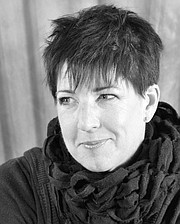 “Godspell” with its message “about compassion, understanding, and building a community despite our differences” is the next production to grace the NextStop stage in Herndon,” said Lorraine Magee, “Godspell” director and choreographer. “And we need that now."

With a musical score of nearly 20 songs such as “Day By Day,” and “On the Willows,” each set to modern music but lyrics based upon traditional hymns, “Godspell” is a musical reimagining of the parables of love and understanding taught by Jesus of Nazareth.

Even with its title and Biblical source material, "you don’t have to be Christian, or even a believer in any higher power, to find meaning in this story,” said Magee. “Love, understanding, and tolerance can be found at the foundation of virtually all the great religions of the world.”

“Godspell” was created by three-time Grammy and Academy Award winner Stephen Schwartz (“Wicked” and “Pippin”). NextStop has cast some of the D.C. area’s fine talent, “along with creativity and exhilarating production values for this uplifting musical in our unique intimate space,” said Evan Hoffmann, producing artistic director, NextStop Theatre.

NextStop’s production of “Godspell” will be unlike other local productions the audience may have seen. “The musical is frequently set in an abstract, timeless environment or city street. Our ‘Godspell’ is not in a limbo – it is in the here and now – in a coffee shop. In the 21st century, the internet and the coffee shop were supposed to be places to bring us together and connect us to one another, but they seem to have had the opposite effect.”

A live, small orchestra will be a key part of NextStop’s “Godspell” under the direction of Elisa Rosman. “We are doing an updated orchestration. There will be drums, bass, and three guitars and me on keyboard. One of those guitarists will be doubling on keys.”

“The updated orchestrations we are using are definitely different from the original production,” said Rosman. “I would say the music will be much less ’70s in its feeling; and more of a rock feel. Overall, the music is fun. I can say that we in the orchestra all leave rehearsal humming every night.”

Inviting audiences to the NextStop production, Rosman is clear, “There is so much to adore.”