The property is on the landing site of the new Silver Line Station. 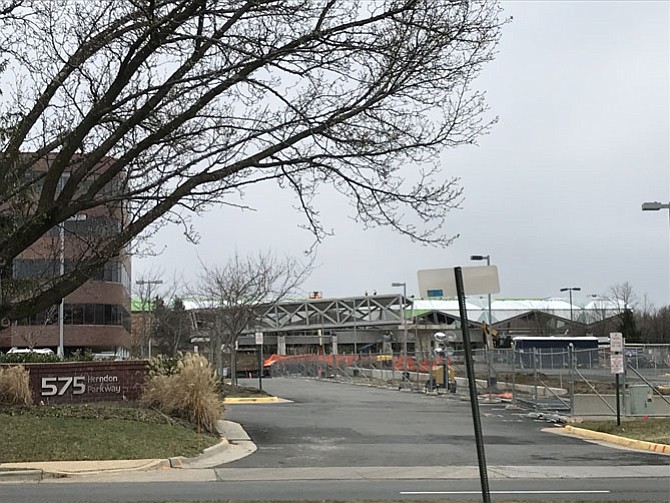 The Future Herndon Metrorail Silver Line Northside Access is located directly behind 575 Herndon Parkway in Herndon. Kiddar Capital stated in a press release, "The Metro landing site at 575 Herndon Parkway is a cornerstone of the planned Transit-Oriented Core." Photo by Mercia Hobson. 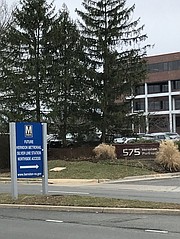 Kiddar Capital acquired 575 Herndon Parkway in Herndon. The location is the landing site for the platform of the WMATA Herndon Silver Line station. The 4.8-acre property is improved by a 135,102 square foot office building primarily occupied by Booz Allen Hamilton.

Private equity firm Kiddar Capital, founded by Washington, D.C. investor Todd Hitt, announced on Feb. 24 that it has acquired 575 Herndon Parkway, the landing site for the platform of the WMATA Herndon Silver Line station. The 4.8-acre property is improved by a 135,102 square foot office building primarily occupied by Booz Allen Hamilton. The acquisition by Kiddar’s Real Estate Group was financed by Eagle Bank and brokered by Colliers International.

“This site is at the center of a vibrant community with local leaders committed to bringing new jobs and investment to their jurisdiction. Herndon’s leadership and larger community understand that good infrastructure drives development and economic growth,” said Kiddar Capital founder and CEO Todd Hitt. “We look to invest in new infrastructure whenever possible, and are thrilled about this opportunity to steward the ownership of a Metro-centric site in the town of Herndon.”

Incorporated in 1879, Herndon includes a downtown Historic District listed on the National Register of Historic Places with shops, restaurants, and plans for a new arts center. Hitt noted that Kiddar Capital is looking forward to contributing to the local economy and community through ownership of the Metro site.

“We invest with an eye toward doing good things with our capital in the communities where we own and develop real estate and other asset classes,” he said.

"The Metro landing site at 575 Herndon Parkway is a cornerstone of the planned Transit-Oriented Core, a 38-acre urban-style district which takes advantage of the new Silver Line infrastructure with mixed-use locations, open spaces, and a retail and entertainment core along a wide pedestrian promenade bordering the property at 575 Herndon.

"The WMATA Herndon Silver Line station is scheduled to be finished in the first quarter of 2020. Kiddar Capital intends to hold the property for a term of no less than three and no more than 10 years before redeveloping the site. The firm also plans to integrate built world technology – a category which includes smart city tech – in the redevelopment, much of it from the companies in the Kiddar Capital Venture Portfolio," according to the company.

Town of Herndon provided this statement: "The town congratulates Kiddar Capital and we look forward to working with them on this key development, as we prepare for the arrival of Metrorail to Herndon in 2020.”