Great Falls resident admitted to study psychology at Oxford University in the UK. 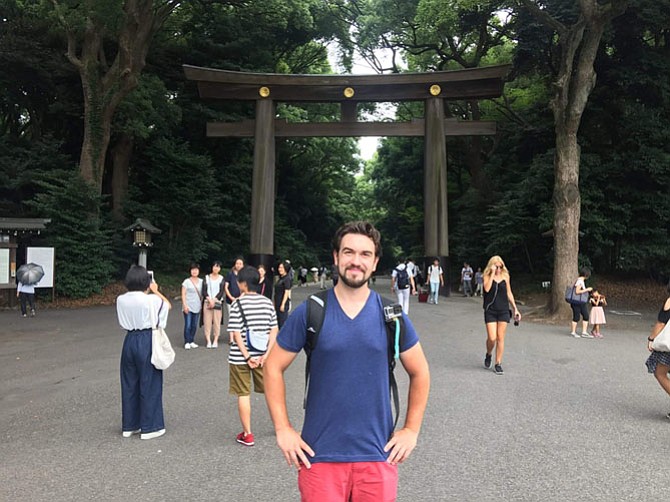 Spencer Hedges on a trip to Japan. He was recently admitted to study at Oxford University in the United Kingdom. Photo contributed

“A lot of people who want to go think it’s Harry-Potter. I wanted to be challenged. I told them in my essay that I wanted to be up until 3 a.m. working on my thesis in the library.” — Spencer Hedges, Great Falls

For one Great Falls resident, the holidays were much busier than usual. Spencer Hedges, 27, was recently admitted to study at Oxford University in England.

“A lot of people who want to go think it’s Harry-Potter. I wanted to be challenged. I told them in my essay that I wanted to be up until 3 a.m. working on my thesis in the library,” said Hedges.

Hedges chose to study outside of the United States for college because he felt that he would be doubly challenged by the rigorous education system at Oxford as well as the challenges of living abroad.

“This is my first time living outside of the U.S. for this length of time,” said Hedges.

At Oxford he plans on studying psychology and one day plans on becoming a psychologist or psychiatrist.

“I’ve always been a people person, I enjoy interacting and analyzing,” said Hedges. One of his favorite books is Steven Covey’s, “The 7 Habits of Highly Effective People.”

The European education system is a difference that Hedges is going to have to get used to, and another challenge that he is excited about.

“I admire Spencer for all the effort he has put into his education and for the faith he has in himself and his abilities. It's hard to put into words how proud and happy I am for him and my hopes that this experience will open even more doors into his future. I am so fortunate that he is my son,” she said.

Hedges is curious about education in England, and is also interested in European history.

“Adapting to the culture is something I’m excited about because it will be so different,” said Hedges.

“Seeing how the education system is different will be another. There is more one-on-one teaching,” he said.

But even with good grades behind him, Hedges found the Oxford application process difficult.

“The admissions process was pretty strenuous. I had to submit a written work on why I wanted to go. They want hard workers who want to push themselves,” he said.

He is optimistic about the new year of studying at one of the best universities in the world, which is both excitement and challenge for him.

“It’s outside of your comfort zone, taking yourself out of your shoes and doing school twice as much, to adapt to the culture as well. It’s an extra challenge that is satisfying and enjoyable,” said Hedges.

Hedges thanked his friends, family, and Kathryn Hemmann, assistant professor of Japanese Studies at George Mason University for their role in helping him reach his goals.

Former classmate and 20-year friend, Tyler Hannon, 27, of Great Falls also shared his excitement for his friend to be taking on a new adventure this year.

“I am so excited for him, he has always been interested in English folklore and culture and Spencer has worked very hard to achieve his goals,” said Hannon.