Reach and Rise in Alexandria
Votes

Reach and Rise in Alexandria 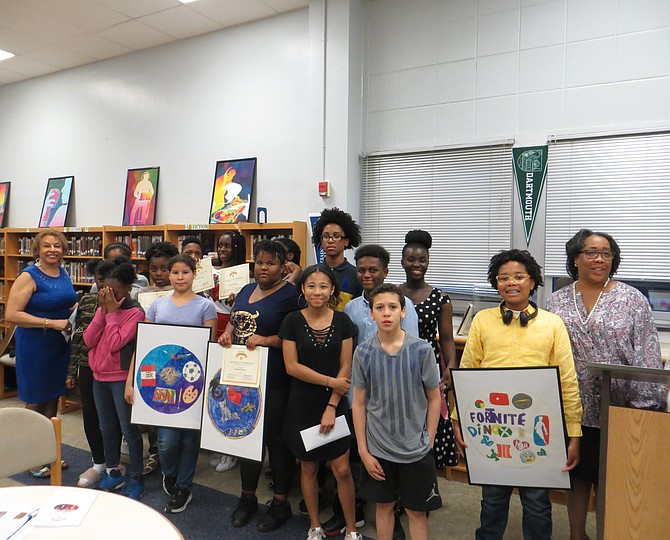 Students at the RARE graduation. Photo by Vernon Miles. 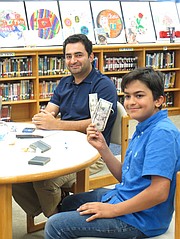 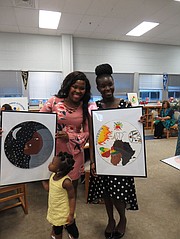 Underneath the celebration at the party after school in Hammond Middle School, there is a concern. Dozens of students gathered with their parents and a few teachers in the library at Hammond Middle School to celebrate their graduation from the Reach and Rise (RARE) program. But beneath the festivities is the worry among parents and administrators that without after-school programs like this one sponsored by the Concerned Citizens Network of Alexandria (CCNA), for some of the students this graduation might be their last from public schools in Alexandria.

Retired Col. Jim Paige said the program started in 2009 after T.C. Williams High School was ranked with one of the highest dropout rates, and corresponding lowest graduation rates, in the state. Even today, Alexandria’s graduation rate is 86 percent, below the state average of 91 percent. Paige said the program’s focus is starting young and working with students to get them invested in education before they even attend high school. Paige also said the program’s focus is on “the whole child,” a popular term in education communities that means working to improve the student’s life and activities outside the classroom as a piece of improving their academic achievement.

“It’s really taken on a life of its own,” said Paige. “The magic was the people who helped; people like Ferdinand Day.”

RARE is a program exclusive to Hammond Middle School at the moment, though those running the program hope to see it expand in the future. Herve Aitken, co-chair of CCNA, joined four years ago as a math tutor.

“I was very impressed with the eagerness I saw kids putting into their efforts,” said Aitken. “I love the group, and I love the goals; helping our minority students do well in a system set up to discriminate … Their success is our future.”

“They throw all of the disadvantaged children into one building,” said Gwendolyn Day-Fuller, chair of CCNA. “We’re here working with them trying to make sure they’re successful.”

Parents and teachers in attendance at the graduation, a small ceremony held in the upstairs library, said the after-school assistance has really benefited many of the students.

“The students I work with during the day get an extended lesson into what we learned during class,” said Felicia Tolliver Johnson, a language arts teacher at Hammond. “It’s really helped with reading comprehension. For a large percent, they begin to enjoy reading.”

Nilcrea Bentley, a parent of a Hammond student, said for parents who work it’s comforting to know their students can stay after school.

“I’m less worried about when she gets home,” said Bentley. “It’s helpful to know she can stay after school to catch up on assignments. Working in school and getting that extra support, I think it will be good to see in her growth.”

Abdullah Amin attended the graduation with his son, Kalimullah Amin, whose quick answers to math trivia questions during one portion of the graduation netted him $30. The Amins have recently moved to the United States, and Abdullah said the after-school program has helped his son acclimate.

“Kalimullah (Amin) is going into computer science as a result of this program,” said Abdullah Amin. “He was in the international academy but was moved to the regular program because his English has improved so much.”

“This is a great moment,” said Silberberg. “You’ve all been working hard, and we’re here for you.”

During the informal ceremony, RARE students showed off their mandalas, a circular reflection of their life experiences and passions, and read bio-poems, poems written by students about their own hopes and fears. The mandalas were a kaleidoscope of different nationalities, with varying interests from sports to the popular online game Fortnite. Nansira Doumbouya, wearing a “MISS RARE” sash, showed the two mandalas she created. One was a collage of images from her home in Africa. The other was a painting of a Muslim woman gazing up at the moon, associated with the holiday Ramadan. Doumbouya said both images are reflecting of her heritage and where she came from.