Covanta Up and Running
Votes

Covanta Up and Running

Residents of the South County area tour the Covanta waste-to-energy facility after a fire that occurred in February last year. 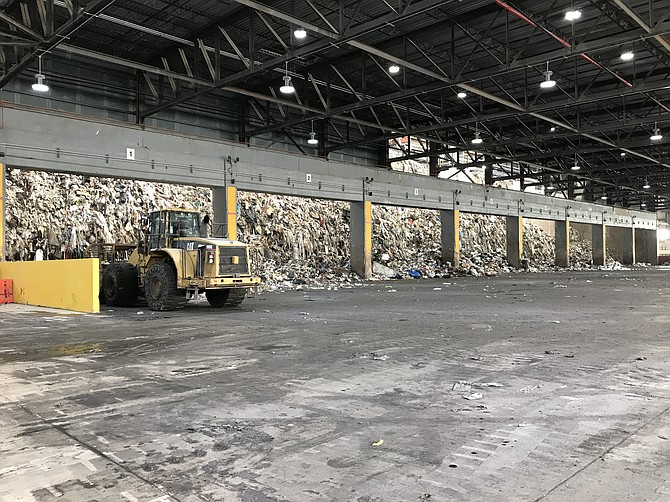 Covanta has new renovations for the facility since the fire last year, where waste is converted into energy on a 24/7 basis. Photo by Taylor J. Gouterman/The Connection

Frank Capobianco, the facility manager at Covanta, demonstrates the facility’s process and its heating levels for converting waste into energy. 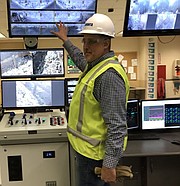 Frank Capobianco, the facility manager of Covanta, shows the video monitoring for how employees can quicker detect any fires or other malfunctions in the facility.

For as quick as it takes a fire to spread, it takes months of repair and renovation to recover from the damage.

Covanta Energy’s building, located in Lorton, caught fire Feb. 2, spreading to much of the facility, with upgrading the facility continuing since then, including significant advances in technology.

The company provided a tour on June 4 of the changed facility. One of the most significant renovations includes cameras with infrared, thermal imaging for enhanced visibility and coverage.

Working with Fairfax County, Covanta has implemented new technologies and procedures to enhance fire prevention and response capabilities. Other examples include the installation of non-flammable roofing materials and expanded sprinkler systems, and improved waste storage procedures. Covanta has also worked to improve notification and coordination protocols with the County and the Fire and Rescue Department.

The renovations and costs came from within the company itself to make sure that their large facilities would maintain a higher professional standard to minimize as much risk as possible.

Covanta Fairfax, Inc., began commercial operation in June 1990. The facility processes more than 3,000 tons per day of municipal solid waste for a population of more than 900,000 in Fairfax County, according to its website. The 22.9-acre facility in Lorton, sells more than 80 megawatts of renewable energy – enough energy to meet the needs of over 80,000 homes.

Joey Neuhoff, Vice President of the Mid-Atlantic region, said, “By being able to see the fire, or the hot load earlier, I think you’re minimizing your chance of a major fire event happening.”

Hurdles occurred along the way for the facility to start up again, due to the equipment sitting idle for 11 months and the cold weather freezing the pipes, according to Facility Manager Frank Capobianco. He said, however, that operations have remained normal since the company’s reopening.

Dale Rumberger, president of the South County Federation, said he came to this event to show the residents of the local area what the significance of the local plant. He said that when the fire occurred, many residents didn’t know anything Covanta, or how the community should respond to an emergency like this.

“We’re here tonight because it would be good to get a tour of the facility updated,” Rumberger said. “We want to publicize it within our boundary area to say, ‘Hey, do you want to know how this operates? Here it is.’”

Another important factor reopening the company and engaging with the community was to maintain its environmental friendliness. The facility’s live emissions monitoring can be found on its website.

State Sen. David Marsden (D-37) said that the environmental friendliness of the company helps by converting the waste into energy (electricity) which is sold to Dominion.