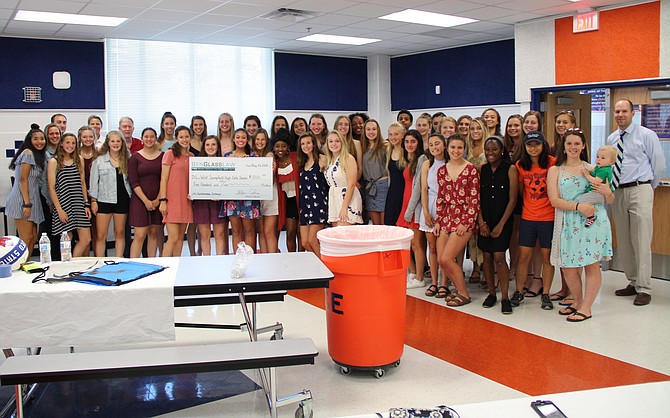 The slow and steady rise of “referee abuse” in our culture has caused a shortage of referees in our community, and few have made any attempt to combat it. That all changed this season when local youth soccer referee Ben Glass decided to reward teams financially for their good behavior.

Glass is a local car accident attorney and the father of nine kids (four of whom are adopted from China), but for the past 25 years he’s been an active youth soccer referee in the community.

In an effort to turn the tide on how referees are treated, this year Glass launched the BenGlassLaw Varsity Soccer Sportsmanship Challenge, which gave local teams a chance to win up to $1,000 per school if they could make it through the season without yellow cards or red cards for “unsportsmanlike behavior” like dissent, profanity, or fighting.

The hope is that over time, the program can make a measurable impact on how players, parents, and coaches behave during youth soccer matches. It’s a bold approach, but if it works, the concept could be expanded to other sports and spread across the state. Schools have already been clamoring to be on next year’s list of nominees so they have a chance at $500 per varsity soccer team.

As of now, eight teams have completed the challenge and Glass has presented checks to them at their sports banquets. There are still more schools verifying that they have completed the challenge, but nine teams thus far failed to make it through the season without cards for unsportsmanlike conduct. Some even made it to the last day of the season but lost their cool in the final playoff game.

Teen athletes can get emotional, but often they look to the adults in the situation to set the tone and set an example. The next time you’re at a youth sports event, go out of your way to thank the referee for his or her time, and compliment them on a job well done. You’d be shocked at how rarely they receive encouragement, and you will make a big difference in their lives.

If you’d like to nominate your school for next year’s challenge, or would like to see the list of schools in this year’s challenge and how they performed, you can visitwww.SportsmanshipChallenge.com