Maryland's 8th Congressional District stretches from the border of Washington, D.C. and Montgomery County north to the Pennsylvania border. It reaches into Potomac, includes Rockville then moves north east until reaching Frederick County where it spreads out, east and west. Democrat Jamie Raskin currently represents District 8 and is running for reelection.

The number of candidates running against Raskin is relatively small, compared to other races.

Each candidate was asked to submit a profile to the Potomac Almanac telling why he or she is running for the office and the difference he or she expects to make in Washington. 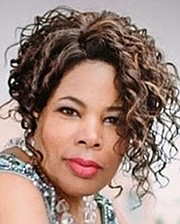 My name is Bridgette L. Cooper; I am an award-winning classical singer whose career and work ethics have been featured on ABC Here and Now, Black Enterprise Magazine, Scholar Magazine and more. I served over 10 years as a music educator in Washington D.C. and Baltimore City, where I was named Outstanding Teacher of the Year, and nominated for New Teacher of the Year by DCPS. Outside of being a single parent, entrepreneur, and advocate for the arts, I am a community leader who has spent countless supporting students, parents, and teachers as PTA President. As a performer, I spent over 20 years touring and performing around the world, which gave me a valuable and unique perspective on the world and my place in it. While on tour, I created fundraisers on behalf of local homeless women and children's shelters and was recognized in Ottawa, Canada for my efforts. Although this is my first run for political office, my personal, professional and educational experiences have prepared me for the monumental task of representing the diverse constituents in District 8.

My platform includes 1) Family and Community 2) Excellence in Education 3) Veterans Rights 4) Superior Healthcare 5) Growing our Economy through small and agricultural based businesses.

One of the most significant differences that I will bring to Washington is my innate ability to relate to all people. I will effectively act on behalf of my constituents and reach across party lines when appropriate. I will not support legislation that does not promote the general welfare of District 8 or this country. I will work towards undoing gerrymandered districts that disenfranchise minority communities and political parties. In District 8, the statistics of possibly being represented by a Republican is less than 2 percent, the possibility of being represented by a Democrat is 98 percent. By the general election, the outcome is already predicted. When you look at these statistics, how does this create actual competition in a fair and balanced manner? I will work to represent District 8 by voting on legislation that will benefit our entire District when it comes to immigration, foreign and domestic policy, drug prevention, school safety, supporting our veterans, mental health and more. I am a committed, and compassionate candidate who will take great pride in representing District 8 as a public servant. 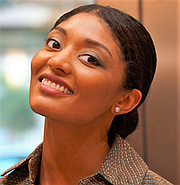 I was one of the few brown-skinned females who, at the age of 15, was accepted into and studied engineering at an Ivy League university on a full ride scholarship. After graduation and gaining work experience, I founded a cybersecurity and management consulting firm which I have run as the CEO for more than a decade.

Recently, I became the mother of two beautiful little girls. Throughout my different roles in life (as a student, employee, business owner, and mother), I have had the opportunity to interact with diverse groups of individuals from all walks of life. I've experienced hardships, adversity, encouragement, and success. These experiences taught me to listen, ask questions, and learn as much as possible from my fellow man. I got to know people in my communities. During my interactions with residents of district 8, I observed that most residents don't identify with the extreme views of either party (Democrat or Republican). They felt that Congress hardly spent any time on matters that they cared about and, I realized, they were right! We need to change that and I am going to help.

The tyranny of the strong and the powerful over the weak and defenseless has recurred through history to our shame.

In Congress, I will fight for us all.

I will support the right of seniors to Social Security, Medicare and Medicaid benefits.

I will support the right of animals to a cruelty-free life.

I will support the right to equality for women.

I will support the right to equality for all LGBTQ individuals.

I will support the right to equal opportunities for all ethnicities.

I will support the right to safety within the justice system (during arrests and within prison) for all prisoners and detainees.

I will support the right of the socioeconomically disadvantaged to have equal opportunities.

I will support programs that help the homeless.

I will support the entrance of women into STEM and politics.

I will support the retraining of our workforce to compete globally in this new cyber-driven era.

I will support equal access to affordable and quality childcare and education.

I will support environment protection measures.

I will support the “Dreamers” immigration program and the provision of globally competitive salaries to the highly skilled laborers (like doctors and engineers) who come to this country on H1B visas.

I will support the removal of super PACs and other vehicles that promote a 'pay to play' environment and essentially rob voters of their representation.

I will support common-sense gun laws that do not infringe on 2nd amendment rights.

I will support care of our veterans and military personnel.

I will support the rights of labor unions.

I will support balancing of our fiscal budgets so that the dollar that we have worked so hard to save, remains valuable.

As a CEO of a well-established cybersecurity and strategy management firm, as a woman in STEM, as the recipient of a full-ride scholarship without which I could never have afforded college, as a mother of two beautiful children, as a lover of Maryland and longtime resident, as an Indian, Jewish Italian, Jamaican and African American ethnic minority, as a high-ranking officer of the civil air patrol, as a religious person, I feel uniquely equipped to represent the residents of district 8 because I represent all of us.

My detailed proposals and platform on issues facing Marylanders in district 8 are available on my website summerforcongress.com under the menu item "Urgent Issues."

Thanks for the taking the time to learn about my stance. I hope to represent and serve you in Congress! 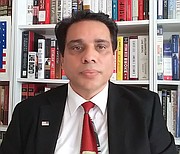 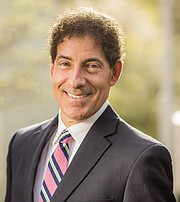 As your Member of Congress, a professor of constitutional law for more than 25 years and a three-term Democratic state senator in Maryland until 2016 (before getting elected to the House), I have been a leader for positive progressive change in our state for several decades. More than 100 of my bills saw passage during my decade in the State Senate, including Noah’s Law to crack down on drunk driving, marriage equality, abolition of the death penalty, restoration of voting rights for former prisoners, lowering of the voter registration age to 16, statewide budget transparency, campaign finance reform, and the Maryland Farm-to-Schools Act. I have a proven record of legislative success and serious political organizing. Moreover, I am proud of the consistently superb and speedy constituent services my office renders every day to people across our district. During my first term in Congress, my background propelled me to the position of Vice-Ranking Member of the House Judiciary Committee as well as Member of the House Oversight and Government Reform Committee. I am a passionate defender of the Constitution and Bill of Rights, our democracy, and the rule of law. I work seven days a week to push for progress for our people and I do everything in my power to provide the best constituent services possible for the good people of Frederick, Montgomery and Carroll counties.

The most pressing federal problem for Americans is that the government has been turned into a money-making operation for a handful of people, corporations and groups surrounding the President. This deep corruption of the Executive branch is a betrayal of the original design of a democratic government committed to the common good of all. We need to restore honest government by and for the people, an imperative all the more urgent for the people of my district, more than 80,000 of whom work for the federal government, taking care of our veterans, protecting our borders and national security, making scientific progress on the killer diseases, protecting us against climate change, and delivering Social Security checks and Medicare payments to our people. As a member of the House Oversight and Government Reform Committee, I am defending federal employees and their missions against baseless partisan attacks, constant threats of salary and benefit cuts, and scandalous political interference with their work. The Administration’s efforts to sabotage the ACA, decimate the federal workforce and silence scientists working on climate change are all thwarting the positive role of the federal government. I’m fighting every day to defend our federal workforce and advance the laws and priorities of the people. 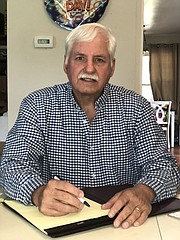 I’m running for Congress as a moderate Republican to do my part to restore decency and common sense to Congress, to find common ground with representatives of all persuasions and to address unresolved issues in a practical, yet creative manner. To end the winner take all political approach, if elected, I will nominate a nationally respected non-member of Congress to be Speaker, to form a bi-partisan coalition that will restructure Congress to be more effective and representative. For example, healthcare and immigration are two major issues but neither one of them has its own standing committee with the necessary resources and focus to move the country forward. I am dedicated to providing the best constituent services possible, doing away with a stationary office in Rockville and having vans roam the district and come to you with many additional innovations to give you greater access. I have lived in Maryland for the past 32 years, splitting time about evenly between Potomac and Silver Spring. 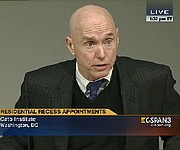 Victor Williams is an attorney and law professor who lives in Bethesda. He is the Pro-Growth and Law & Order candidate.

For many years Williams taught at Catholic University Law School, and he now teaches at the University of Maryland’s Law School.

As a Trump Republican, Williams is for Pro-Growth, Pro-Faith, Pro-Israel, Anti-Crime, Fair/Reciprocal Trade, Immigration Restrictions, and Destroying/Deporting MS 13 and other alien gang members.