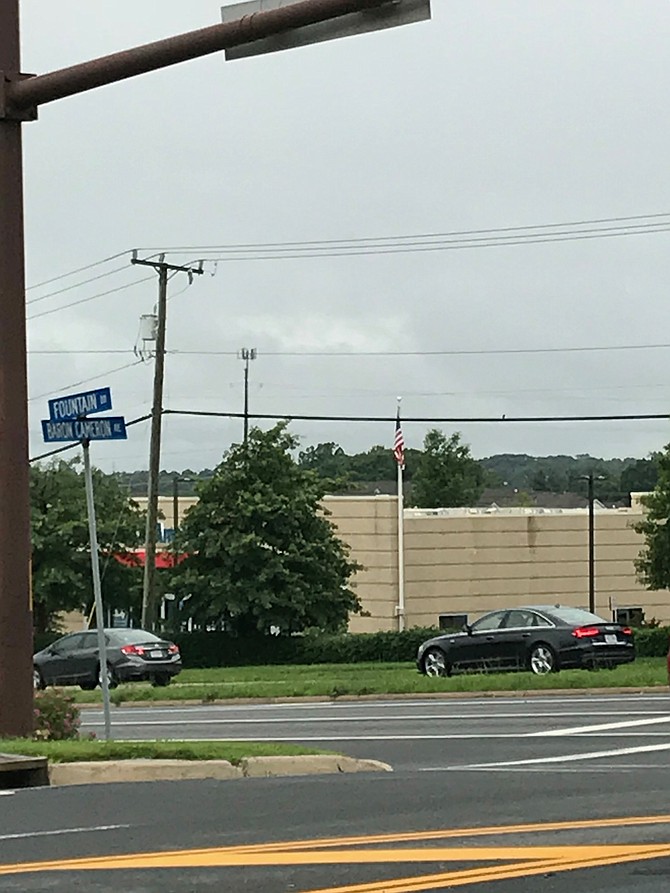 Fairfax County Police Department reported a 63-year old man who was crossing Baron Cameron Avenue mid-block before Fountain Drive was hit by a car and died at the hospital as result of his injuries. The driver of the car braked and tried to swerve but was unable to avoid hitting him. Photo by Mercia Hobson.

The second pedestrian in less than two weeks was struck and killed in Reston last week. Fairfax County Police Department, Media Relations Bureau, announced on June 7, 2018, that shortly after 9 p.m the night before, officers responded to Baron Cameron Avenue and Fountain Drive for a report of a pedestrian who had been hit by a car.

According to the police report, detectives determined the pedestrian was crossing Baron Cameron Avenue mid-block before Fountain Drive when the driver of a Camry in the right lane braked and tried to swerve, but was unable to avoid hitting him. The driver called for help and remained on the scene. "The pedestrian was taken to the hospital and died as a result of his injuries... No one else was injured. Speed and alcohol do not appear to be factors for the driver; however, detectives are still working to determine if alcohol was a factor for the pedestrian."

This pedestrian accident comes less than two weeks after another pedestrian death in the area. In late May, 71-year-old Glanetta Miller Nunn of Reston was struck shortly after 11 a.m. while attempting to cross Reston Parkway at Bluemont Way just outside of the Reston Town Center.

Anyone with information about the June 6 crash is asked to contact the Crash Reconstruction Unit at 703-280-0543.