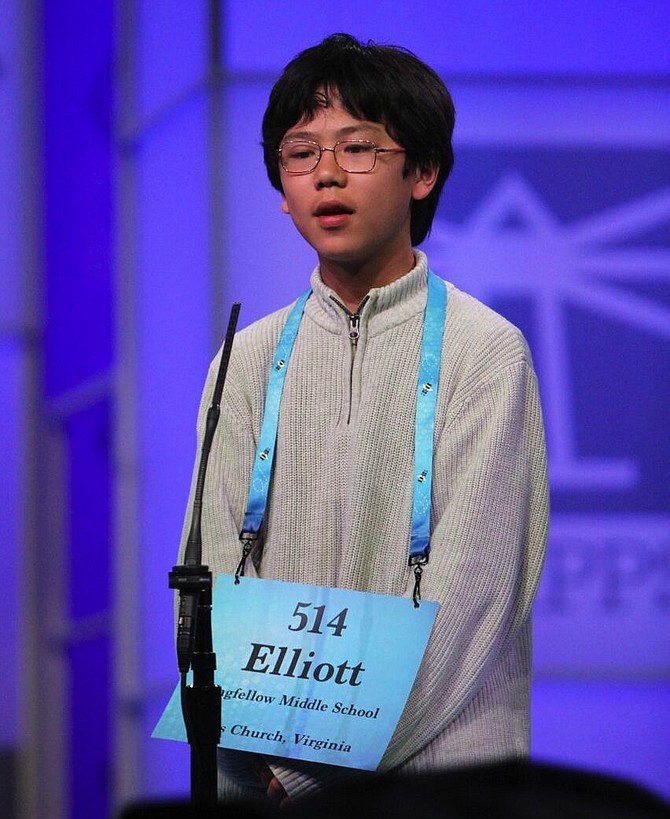 Elliott Lee correctly spells the word “Pilates” on May 29 to advance to round 3 of the Scripps National Spell Bee. Photo by Tom Manning/The Connection

The 91st Scripps National Spelling Bee took place from May 29 - 31 at the Gaylord National Resort & Convention Center in National Harbor, Md. A record-number 515 spellers competed this year after launching an invitational program called RSVBee. Among the competitors was Elliott Lee, a 13-year-old seventh grader at Longfellow Middle School in Falls Church. He did well onstage by spelling “Pilates” correctly in round 2 and “tenable” correctly in round 3, but he did not advance to the finals based upon his score on the preliminaries test. The movie Akeelah and the Bee inspired Lee to compete in his first spelling bee this year.